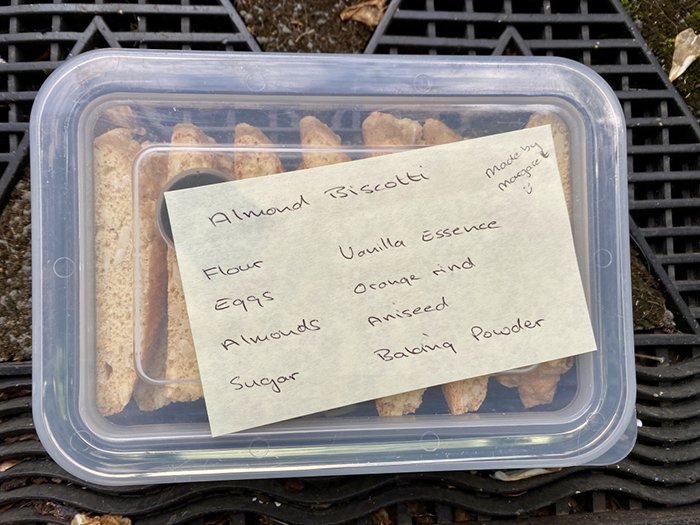 This morning a container of what’s turned out to be the most delicious almond biscotti I’ve ever tasted appeared on my doorstep – a trade for a bag of jerusalem artichokes and a raspberry plant. Thank you so much Margaret from Glenella Guesthouse. 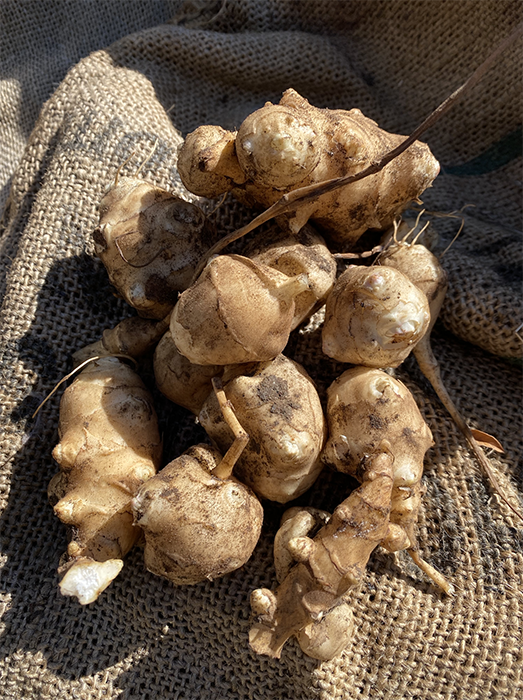 Suddenly jerusalem artichokes are gold – and not just because of their golden sunflower at the end of summer which gives them their name (Girasole is an Italian word for sunflower which mistakenly led to them being referred to as ‘jerusalem’ artichokes). 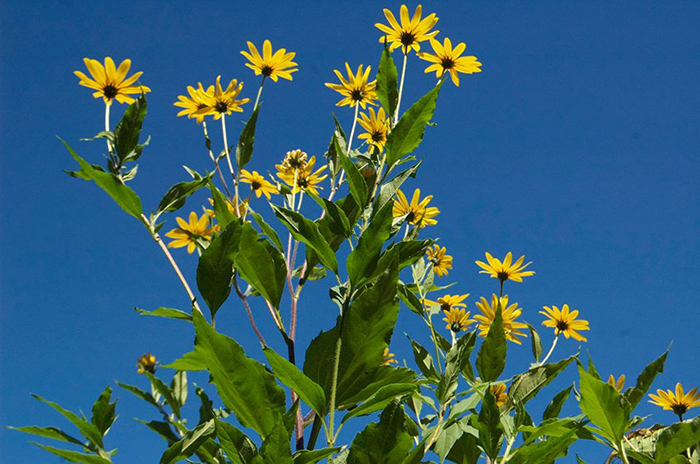 Interestingly, Native Americans traded jerusalem artichokes way back in the 1600s! Suddenly their propensity to spread like a weed has become a real bonus and, in Lockdown, they’re truly revealing themselves as an important survival food – a gourmet food with a pretty sunflower able to flourish despite drought; bird and pest resistant; available to eat over Autumn and Winter; and able to be traded for biscotti.
As well as being absolutely delicious they’re also chock-a-block with an important prebiotic – inulin – which is great for gut health and to help manage constipation, weight, cholesterol and diabetes.
While there are lots of pluses, there is also one major minus – the fact that they give most people (including me) explosive farts!
The great thing about Lockdown is that I can explore lots of new jerusalem artichoke recipes without being as concerned about that consequence; and the great thing about the predicted frost on Monday is that the cold will change the chemistry of the artichokes so that they create less gas.

The other good news is that there are numerous ways of cooking them that won’t produce gas. Every year I hang out to make a very special dish, Stephanie Alexander’s Jerusalem Artichoke Tart. I can guarantee this is a way of eating the artichokes without having to suffer any gas afterwards. It may be because of the silverbeet and parsley that are used in the recipe. Check it out below. 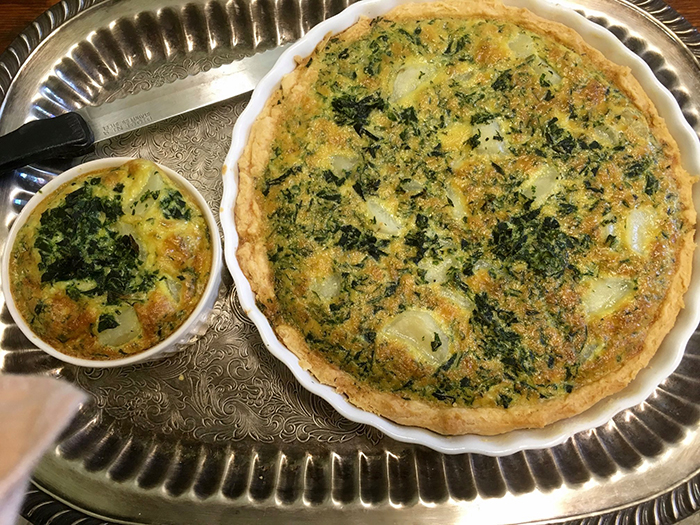 The gas problem can also be avoided by eating only very small amounts regularly until your gut adapts, cooking them in lemon juice, and/or pickling and fermenting them. I’ve included a fermented pickle recipe below as well. 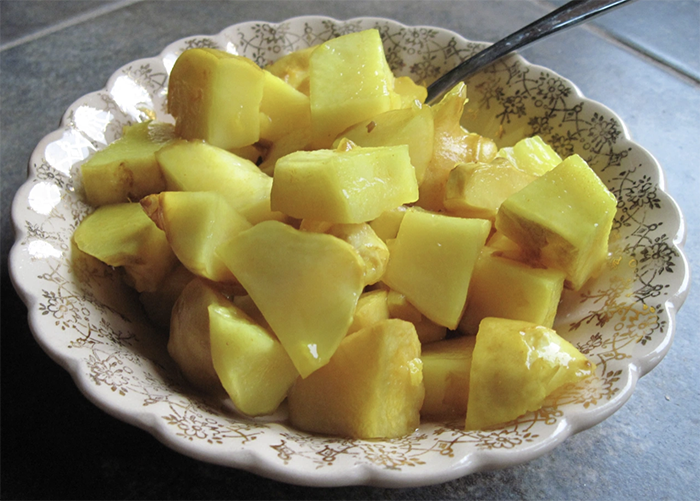 Toss together the diced Jerusalem artichokes, the turmeric, the garlic, the ginger, and the cumin. Pack the mixture into a jar with a capacity of at least 6 cups. Dissolve the salt and sugar in the water. Pour the brine over the Jerusalem artichokes; it will not cover them at first. Add a brine bag (a gallon freezer-weight plastic bag containing 1 tablespoon salt dissolved in 3 cups water) or another suitable weight.

The next day the brine should cover the Jerusalem artichokes. If it doesn’t, add more brine mixed in the same proportions.

Wait several days before tasting the pickle. I found it perfect after a week: The brine was sour, and the Jerusalem artichokes pleasantly, mildly spicy and still crunchy.

When the pickle has fermented enough to suit your taste, store the jar in the refrigerator. Keep the Jerusalem artichokes weighted so they won’t take on a grayish cast.