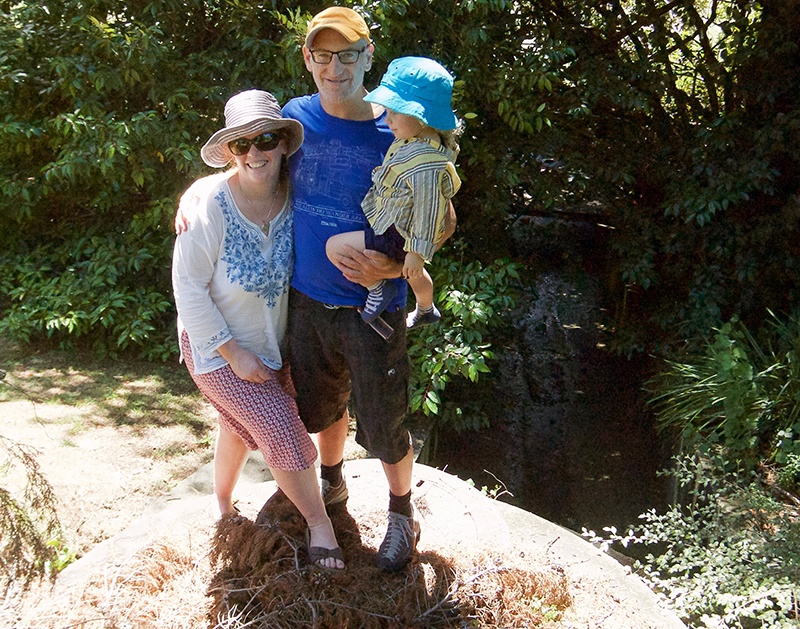 Twenty seven years ago, a young auditor at Ernst & Young in Sydney, one of the “Big 4” accounting firms, came across a newly published report, “Blueprint for a Green Economy.” Prepared for the UK Environment Department, the report claimed that environmental problems had their roots in “economic failures.” This struck such a chord with him that he did a complete about-turn, left his job, travelled overseas to clear his head, and then came back to enrol in a new course – a Civil and Environmental Engineering Degree at the University of Technology in Sydney.

Mark Liebman was determined to be part of the solution, not the problem. Living on the driest inhabited continent, it was not surprising that he gravitated to working on water issues. He was particularly keen to design natural systems that would filter and purify waste water. At that time, Australia was entering the historic and devastating Millennium Drought, the worst drought since European settlement, that lasted from 1995 to 2009 (and didn’t officially end until 2012). As one of the first graduates of the course, Mark’s skills were immediately in high demand.

Water scarcity and water quality were high on the agenda and he began working on cutting edge master planning projects for Arup, the international firm of consulting engineers. These projects were focused on water cycling and re-use, and were pivotal in the development of a strategy now referred to as ‘water-sensitive urban design’ (WSUD). From fixing massive polluted lakes in China to building the Sydney Olympic Park … he cut his teeth on projects that were pushing all the boundaries.

It’s easy to forget how far we’ve come as a nation in respect to water, but back then Sydney Water had such a stranglehold on water and plumbers, who had to be registered with them, that they threatened to revoke their registration if they attempted to put in water tanks. “This continued,” recalls Mark, “until Frank Sartor waded in and mandated that rainwater could be used for whatever purposed anyone wanted.”

Employed as a consultant engineer by Kiama Council, Mark weathered friction with Sydney Water to help build Elambra Estate in Gerringong – the first estate in NSW to mandate the use of rainwater tanks. “The place had a real eco-village feel,” said Mark.

This was the start of what Mark describes as a golden time for water innovation. With funding from the NSW Government’s Stormwater Trust Program and the Environment Protection Authority, he helped to pioneer bio retention and stormwater systems that harvested and filtered water using natural systems.

Each day, when Mark walks into town, he makes a point of picking up plastic, cigarette butts and other pieces of rubbish, so that they won’t get washed into the stormwater drains and make their way down into our creeks. As we stroll near his home, he points out the Humeceptor above Blackheath pool – a concrete trap for removing hydrocarbons and other solids from stormwater runoff. “Most people simply don’t realise the impact they have on the bush via our stormwater system,” he says.

In 2006, Mark and his uber-talented wife, Sarah Laborde, moved to England while she took up the exciting role of being an Art Director on Wallace and Gromit. While living in the picturesque Medieval town of Axbridge he stepped back from engineering and focused on permaculture. He and Sarah helped to develop a successful Community Allotment Association and were actively involved in the birth of the Transition Town Movement.

In 2012, keen to return to Australia to re-establish his business so that they could start a family, Mark and Sarah chose Blackheath as their home because they sensed it had a real community, and one which was also exploring permaculture.

With young Harry now a part of the family, Mark is enjoying working on what he describes as “really fulfilling cutting edge sustainability projects.” He’s worked closely with aquatic ecologists and road designers at Crookwell Council to make sure the old timber bridge on the Abercrombie River was replaced, without interfering with the passage of endangered fish on one of our last pristine wild rivers. He’s also particularly proud of creating a water management strategy for a $35 million expansion of Borgs, in Oberon. Borgs is one of Australia’s last few successful manufacturers, planning to produce particle board from recycled timber. He’s set up a water harvesting and reuse strategy that uses natural processes, combined with a reverse osmosis plant, to recycle stormwater. This captures and treats runoff from the entire dirty industrial estate at Oberon, thereby reducing polluted runoff, protecting the creek from too much water and helping to return it to a “rural state”. It also saves the company money because they don’t have to purchase clean town water.

As well as working on permaculture and water systems for domestic clients, Mark’s also developed an innovative water quality offset scheme for Sydney’s largest and fastest growing Council, Blacktown – this project is a finalist in the Greater Sydney Commission’s Excellence in Planning Awards. Developers choose to either build treatment on-site or to pool their funds and pay a contribution to Council. This contribution is then used to build community-based water quality treatment, stormwater harvesting and reuse systems in the most efficient locations. The Brownfield Redevelopment for Blacktown will save 300 million litres of water a year. Cost savings will help to protect the creeks of western Sydney.

In Blackheath, he’d love to see the development of a cosmopolitan streetscape focused on people, not cars. His vision includes public art and rain gardens to capture runoff from the main shopping centre. His other dream is to be part of creating a community solar farm on the old landfill site on Ridgewell Road. “It has a few civil engineering issues,” Mark says, “but I’m sure they can all be overcome. We built the Sydney Olympics Park on an old landfill site and look where it is today.”

If a community solar farm were established, Mark’s very clear: “I’d invest in it!”

You can visit Mark’s website to learn more at www.sustainabilityworkshop.com