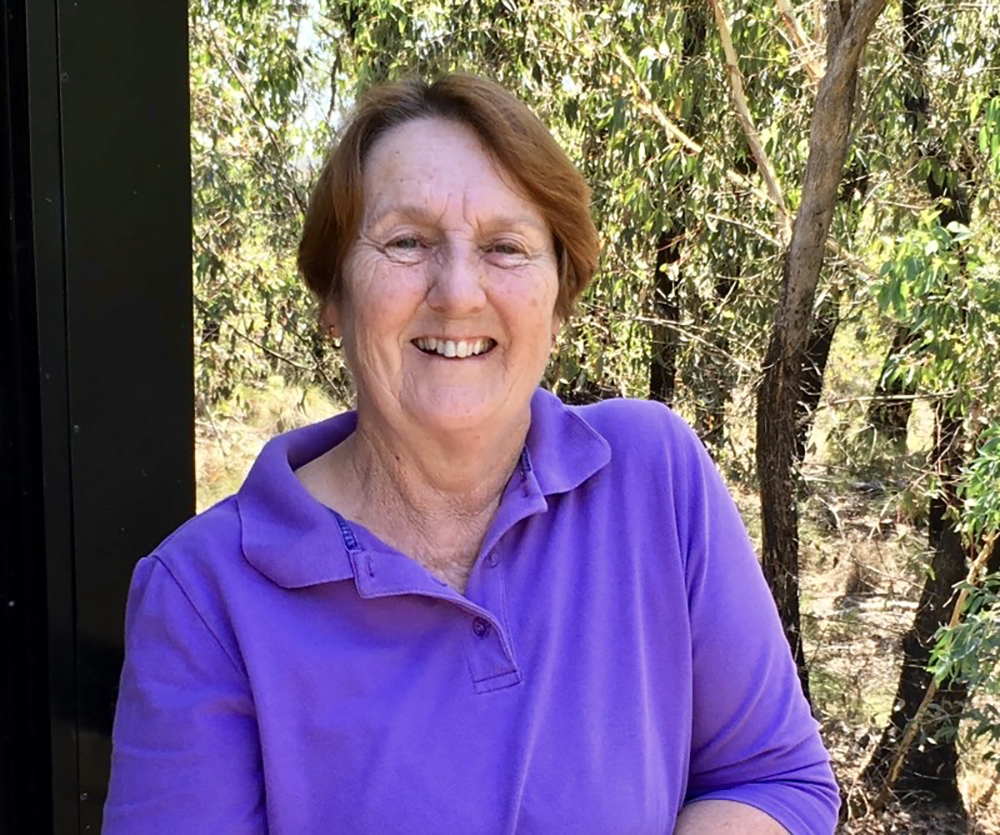 On a hot windy day in Blackheath (perfect fire weather we both agree), I meet Mina Howard for a cup of tea in the Govett Café. In 2009 Mina established something called HUFF and I am there to find out how it works. HUFF, or Heads Up For Fire (and other emergencies), was born in the aftermath of the 2009 Victorian bushfires which killed 173 people. Like all great ideas, it’s very simple: “Knock on your neighbour’s door and ask if they’re OK!”

Public meetings were held in the Blue Mountains, with residents asking for practical advice on what to do in the event of catastrophic fire conditions. Mina had been the Rural Fire Services (RFS) Community Engagement Officer in Blackheath since 2006 and realised at that moment that all it would take to make a significant difference was to have one person in every street who could help neighbours connect. She called for volunteers and presided over the “bunfight in the shed” when they all tried to work out what to do and how to do it.

From 2009, Mina ran the HUFF project as a volunteer, partnering with the RFS and the Blackheath Area Neighbourhood Centre (BANC). She delivered a leaflet to every single letterbox in Blackheath and Mt Victoria. If anyone claimed not to know about HUFF, Mina could truthfully respond: “But I know you got the leaflet!”

In 2015, BANC successfully applied for a grant from the Community Resilience Innovation Program, and Mina and Emily Black were employed as co-ordinators. One of the conditions of the grant was to set up HUFF so that it could be passed on to other communities. Twenty five street meetings were held, 75 HUFF facilitators were trained, the HUFF Facilitators manual was written, and another grant meant the local Blackheath-Mt Vic RFS could build a HUFF website.

You can contact Mina for a copy of “10 steps to HUFFing” and she also sends out a monthly HUFF newsletter.

The HUFF facilitators’ manual states: “A connected community is resilient in the face of adversity”. HUFF facilitators all have their own way of doing the job. Some hold street parties, some go door to door, some do letter drops and some make initial contact and then rely on email. However they work, they identify people who may be vulnerable and need help. They connect them with their neighbours or such services as AIDER (Assist Infirm, Disabled and Elderly Residents), who send a team to clean up their yard; or the RFS, who do a free property assessment to advise about fire dangers and planning for their particular property. They pass on information to the street and are the point of contact in emergency situations.

The impact of HUFF is undeniable. In the 2013 Blue Mountains bushfires, the community was facing catastrophic fires driven by 80kph winds. The loss of life and property was much less than it could have been. The community was better prepared and many people had an action plan which they managed to implement in the 18 minutes it took for the fire to travel from its source near Lithgow to the first houses it destroyed in Mt Victoria. There wasn’t even time to send out an emergency alert.

Assisting others to become confident in their ability to cope in extreme situations is key to the fabric of a resilient community. This was recognised in 2013 when HUFF received a Resilient Australia Award. Unfortunately, Mina couldn’t attend the ceremony as it was held the day after one of those catastrophic 2013 fires destroyed her car, her caravan, and almost her home!

Mina is now running HUFF on a volunteer basis on Wednesdays from BANC. A new grant from the Foundation for Rural and Regional Renewal means she’ll be holding street meetings again and doing her best to encourage more people to participate. The key message, especially this year, is to stayfocussed and not to become complacent.

If you’re prepared and have an action plan, you’re less likely to become stressed as an emergency approaches and less likely to panic when it arrives.

• Volunteer or get the “10 steps to HUFFing” by emailing Mina at minahoward@BANC.org

• Sign up for the newsletter and find your local HUFF facilitator on the clickable map at huff.org.au