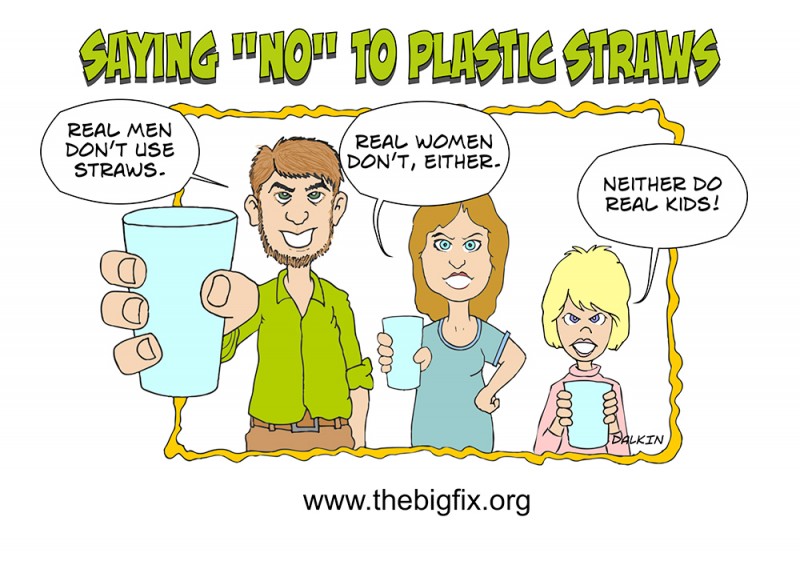 When The Big Fix approached local businesses to see if they’d agree to help Blackheath phase out plastic straws, one common remark was that men rarely use straws … it’s mostly women and children.

This triggered an idea that local artist and designer Ian Dalkin developed into a cartoon. It has since become the basis of the Blackheath Gets Real Campaign … if real men don’t need straws, then real women and real children don’t need them either … so let’s all collaborate to Get Real About Plastic Pollution by SAYING NO! to plastic straws. 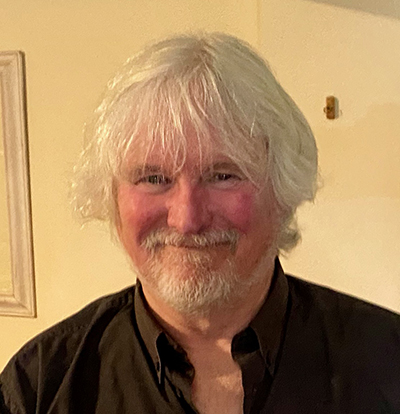 Ian has a long history as a professional cartoonist and multimedia developer, launching his career with cartoons in Australian Playboy and Penthouse magazines. He was awarded the Cartoon of the Year Award in Australian Penthouse in 1978.

His ongoing publication history includes work as a political cartoonist for The Sunday Telegraph, Nation Review and The Newcastle Herald.  Ian’s cartoon strip Derek the Drop Bear also ran in the Sydney Sun, until that newspaper folded in 1988.  Derek’s disappearance continued to fuel rumours that Drop Bears, a predatory, carnivorous version of the koala, don’t really exist. There have been sporadic (but unverified) sightings in the Blackheath Rhododendron Garden. The last expedition that set out to find evidence of their existence vanished without trace.

In the 90s, Ian developed a video on Cartooning and Creative Thinking that served as the foundation for the National Cartooning Competition, twice an Olympic Arts Festival event.  The NCC was run in collaboration with the Australian Cartoonists’ Association and L.J. Hooker and remains the largest structured entry by cartooning into education anywhere in the world.

For many years Ian also taught Cartooning and Creative Thinking in Gifted & Talented programs around the country. Details of his unique approach can be found here. A software version is available.

Following what Ian calls the “death of the newspaper industry as a destination for cartoonists”, he developed skills in the newly emerging digital environment of the internet and software development.  He honed his skills in website development and computer software troubleshooting and runs a local business called Site Rescue, which designs, builds and fixes websites and digital projects. In the last few years he has also produced cartoon-based multimedia (including fast-paced, hand-drawn animations) for a diverse range of national and international clients including Kogan, Planet Ark, McAfee (USA), Home Sale Bureau (UK), and Blackheath’s own Bike Storage.

Ian’s design studio Stop Laughing This is Serious, was named after the Stan Cross cartoon in which two men are about to full off a girder on a building site, but just can’t stop laughing. In the face of the many challenges facing the world at this current time, he believes humour has an important role to play in helping people face difficulty, communicate complexity and just generally have more fun!

After spending 4 years running an art gallery in Blackheath, that specialised in cartooning and book illustration, Ian also continues to provide a picture framing and image restoration and repair service from his studio at 101 Wentworth St in Blackheath, a skill he picked up “between fortunes” in Sydney.