This autumn has been such a great season for foraging in Blackheath. We harvested our first saffron milk cap and slippery jack mushrooms on February 26 and have still been finding more this week … that’s over 2 months. 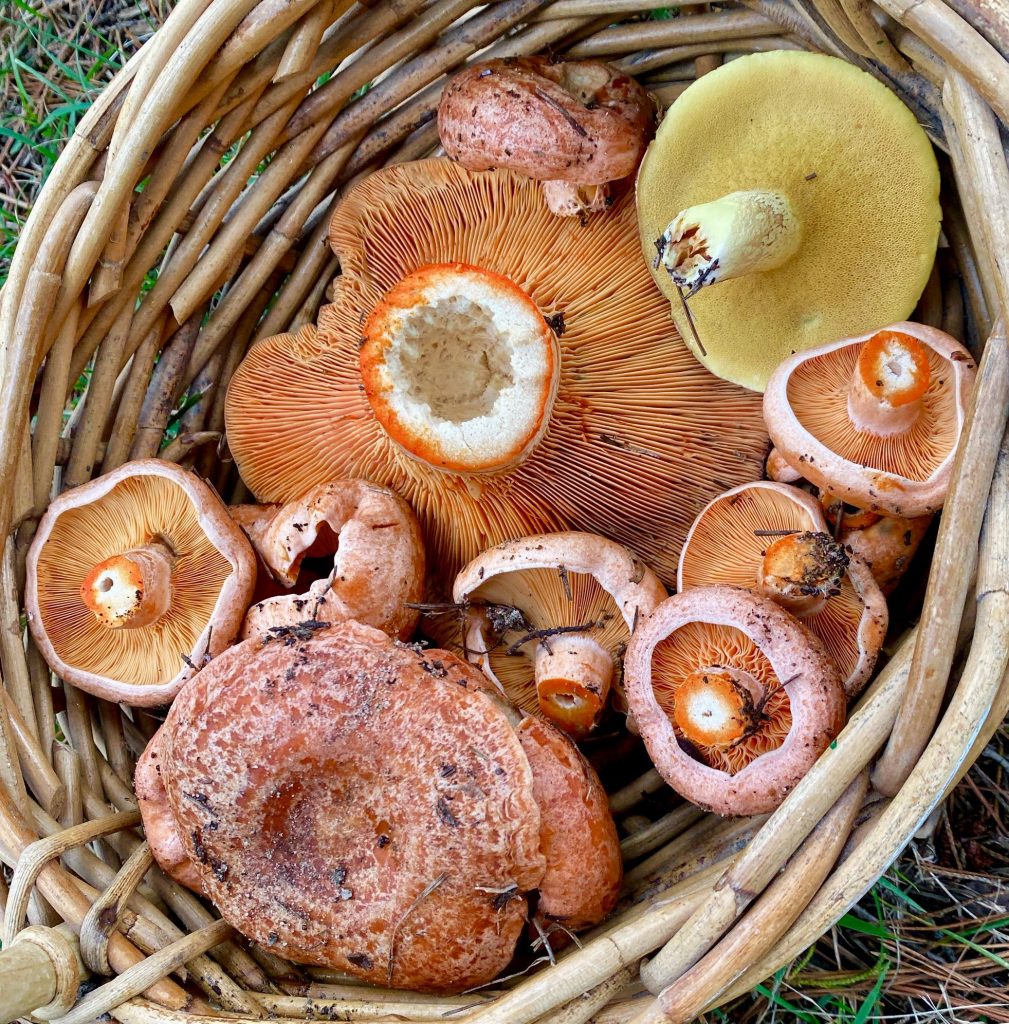 At Blackheath Community Farm, perhaps because we’ve put down so much woodchip for our paths, we’ve had a wider variety of funghi than ever before. They’re not all edible, but they’re so exciting to find. Amongst many others, the highlights (until last Sunday!) have been the white basket fungus … 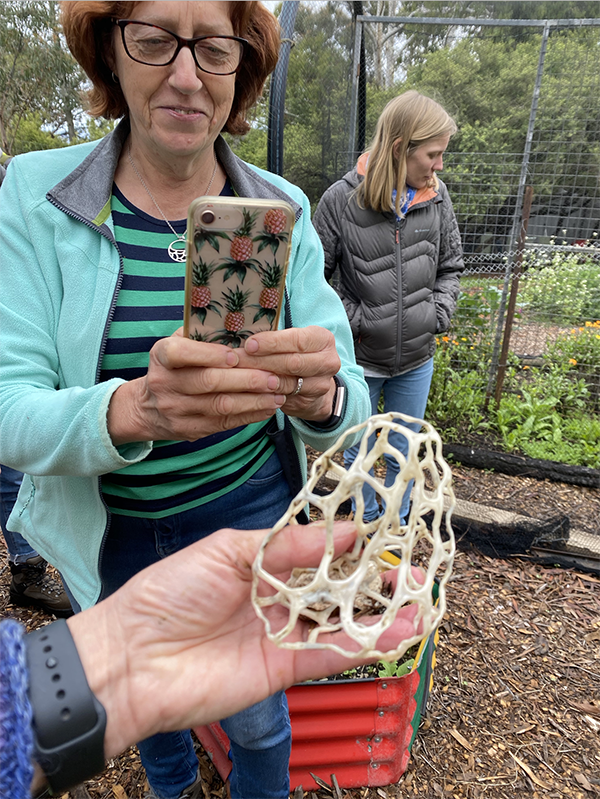 and  the Anemone Stinkhorn Fungus … not edible, but just so amazing to look at: 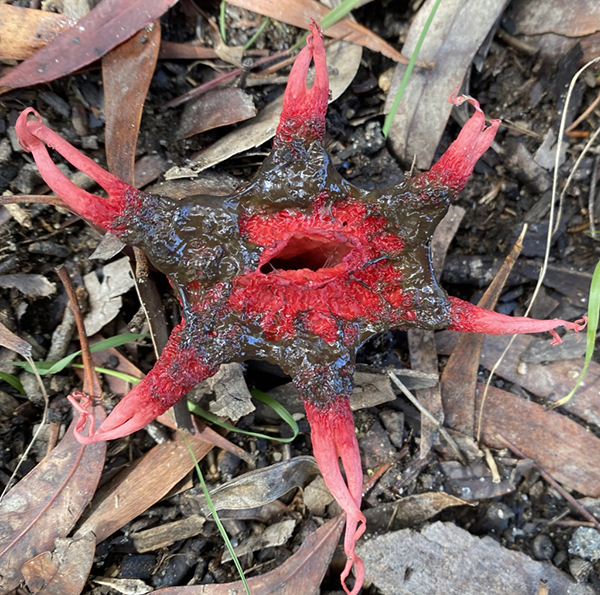 Last Sunday, however, we were blown away because it looks as though we might actually have the highly sought after edible Morel mushrooms at the Farm! They’re usually found in Spring not Autumn, and there ARE Morel imposters, but this looks very much like the mushroom prized by French cooks and described as American truffles in the U.S. Tomorrow we’ll cut it open and see if it’s hollow inside to confirm that it is, in fact, a Morel. Whether it is, or isn’t, it’s still as beautiful and sculptural as the others we’ve been finding this year. 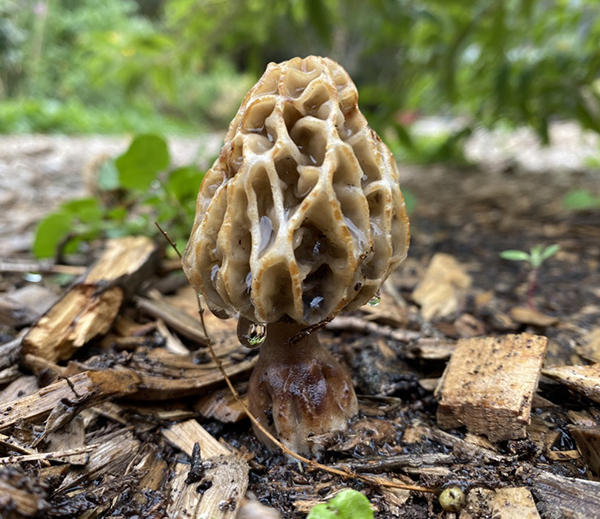 But it’s not just mushrooms that can be foraged. There are many extremely healthy weeds around at the moment. We planted a Garden of the Unwanted at the Farm, which is essentially weeds that can be eaten or used medicinally, and last Sunday our dandelions were attracting bees and looking just so beautiful. 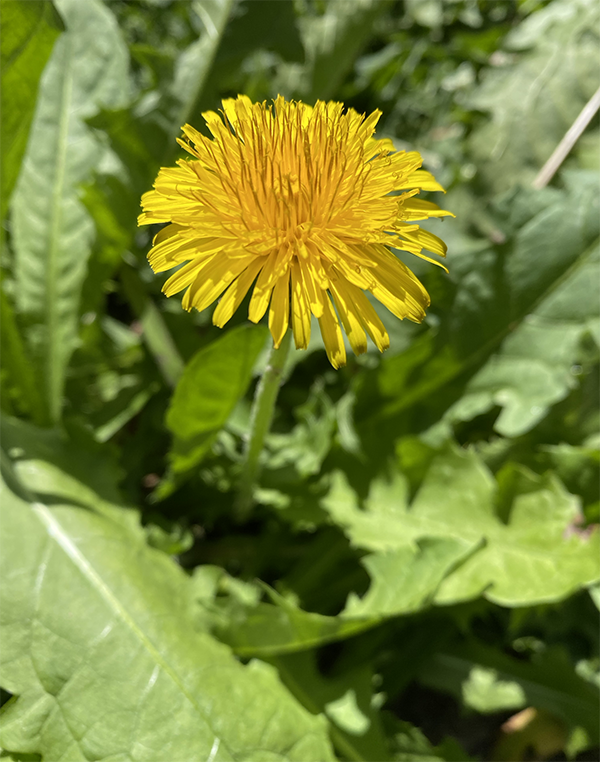 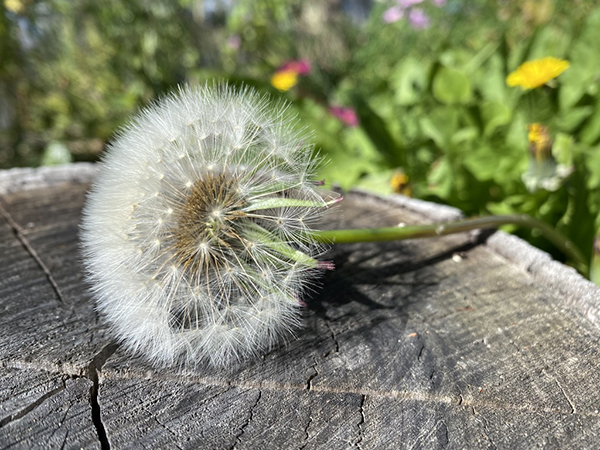 Every part of the dandelion can be consumed, even the seeds, but my favourite thing to do is simply pluck the yellow petals and put them into pancakes, fritters or shortbread; or make dandelion syrup as a substitute for maple syrup. They can also be used to make mead, while the leaves are a great addition to a salad. The petals can be frozen to use at a later date when you might need a boost of Vitamin A or B12 and the leaves apparently contain generous amounts of vitamins A, C and K — far more than garden tomatoes — along with calcium, iron, manganese, and potassium (from Live Science). Be aware that there’s also a dandelion imposter! Dandelions have one single stem, but the imposter has a branching stem.

Our Garden of the Unwanted also currently contains Stinging Nettles and Plantain. 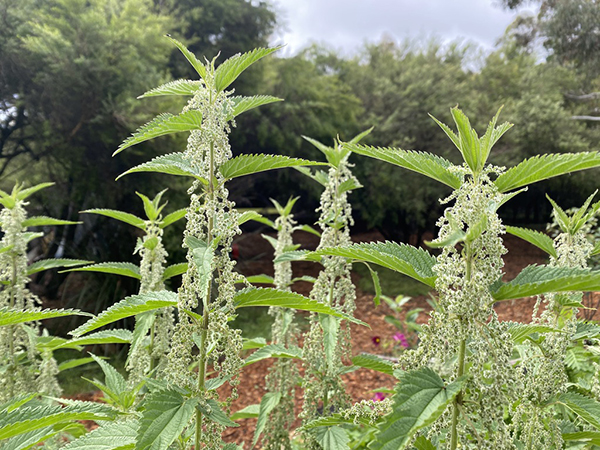 According to Live Science, nettles ‘are loaded with essential minerals you won’t find together outside a multivitamin bottle, and these include iodine, magnesium, potassium, phosphorous, silica and sulfur. Nettles also have more protein than most plants”. Nettle leaves are best used young, but in Autumn you can harvest and eat the seed, raw or roasted for the same vitamin hit. We’ll be collecting this seed so contact us if you’d like some.

Plantain leaves are best eaten young and their seed heads are an alternative to psyllium husks if you need additional fibre. They apparently lower cholesterol as well. There are many edible and medicinal uses for plantain and the leaves can also be used for tea.

Now is also a good time to harvest Dock. Docks were popular wild edibles during the Great Depression due to their tart, lemony flavour, their widespread abundance, and the fact that they were free for the taking (The Spruce Eats). Dock leaves can be blanched and frozen and are an excellent accompaniment to eggs and dairy. 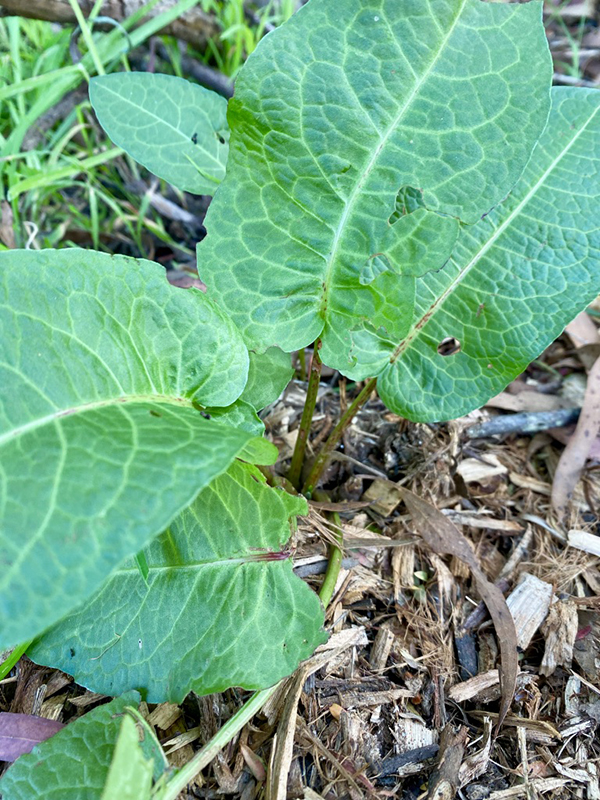 (NB. If you’re prone to kidney stones avoid dock because it has a high oxalic acid content like spinach.)

On their own, many weeds aren’t all that exciting, but for a great vitamin hit, combine them with other herbs and greens you have in this delicious Weed Filo Pie. 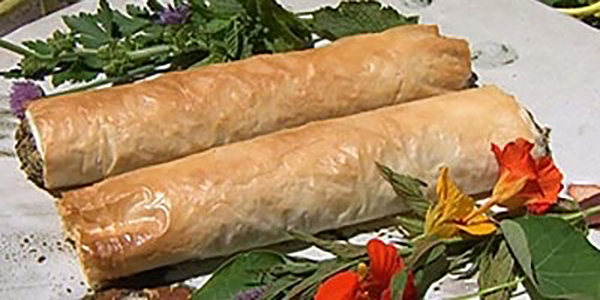 Select what you can find from any of the following: