As soon as you solve one problem in gardening, you’ll undoubtedly come up against another. Last week we were really excited because we read on the Gardening Australia website that land cress is poisonous to the Cabbage White Butterfly caterpillar. We were thrilled, as something had started to eat our tiny kale at Blackheath Community Farm and this seemed like the solution to our problem. Gardening Australia suggested planting the cress around brassicas (like broccoli, cabbage and kale) because it acts as ‘dead-end trap crop’. We immediately started dividing up our hundreds of self-seeded land cress plants and interplanting them with our brassicas. 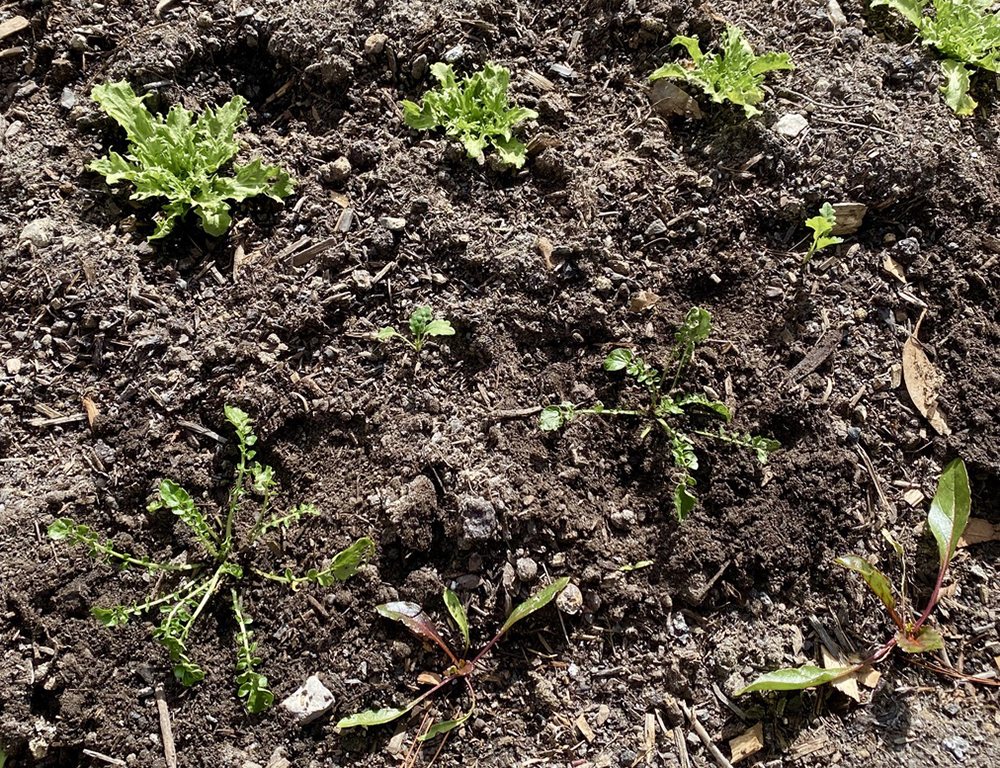 Land cress between our kale and beetroots

Today I decided to do some more in-depth research to find out if there were any studies to confirm this theory, and, turns out that the cress does kill the caterpillars of two small brown moths, called the Diamondback Moth and the Large Cabbage Moth, but NOT the caterpillars of the Cabbage White Butterfly. What a bummer! The cress are actually brassicas too and I read they can be totally decimated by the Cabbage White Butterfly themselves. 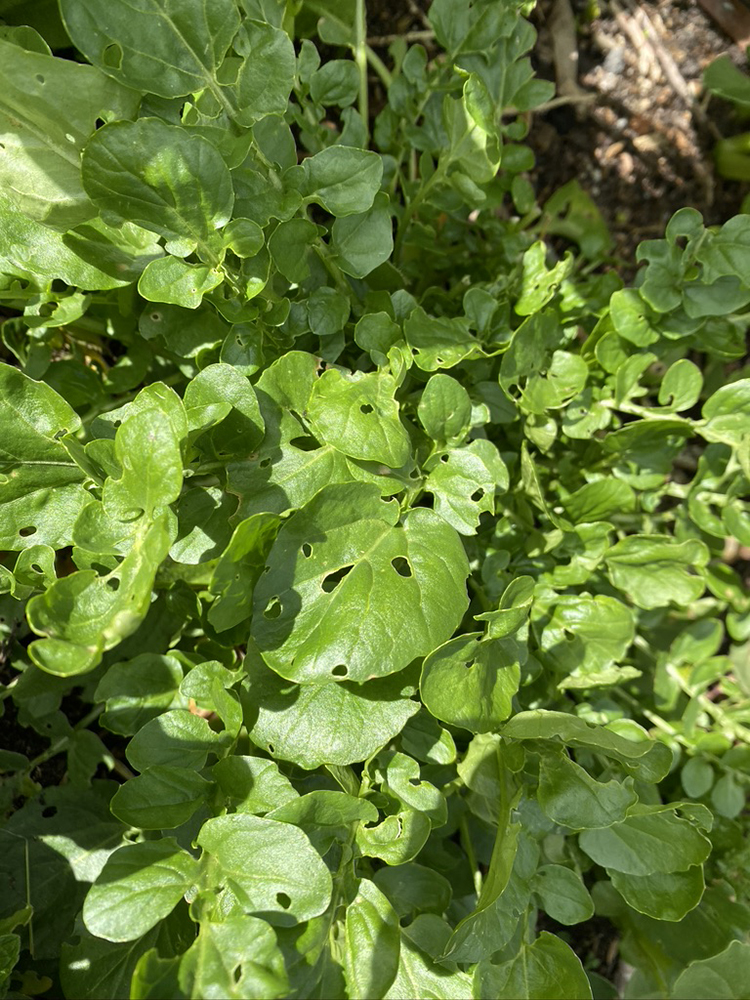 Land cress is just as delicious to the pests as our other brassicas are!

It’s easy to see how the mistake was made with such a similar name, but I was soooo disappointed.

Nevertheless it’s fascinating to read how land cress releases chemicals called glucosinolates which attract the brown moths to lay their eggs on the plant. When the eggs hatch, the young caterpillars eat the leaves which contain soap-like compounds called saponins, and then die. I guess if any of the brown moths come-a-visiting we’ll at least be prepared for them.

Despite the disappointment of the cress as a possible pest strategy, it’s probably a good thing we divided the plants up, as they’ll now have a chance to grow larger and will help to cover and protect the soil, as well as bringing up nutrients because of their deep roots. 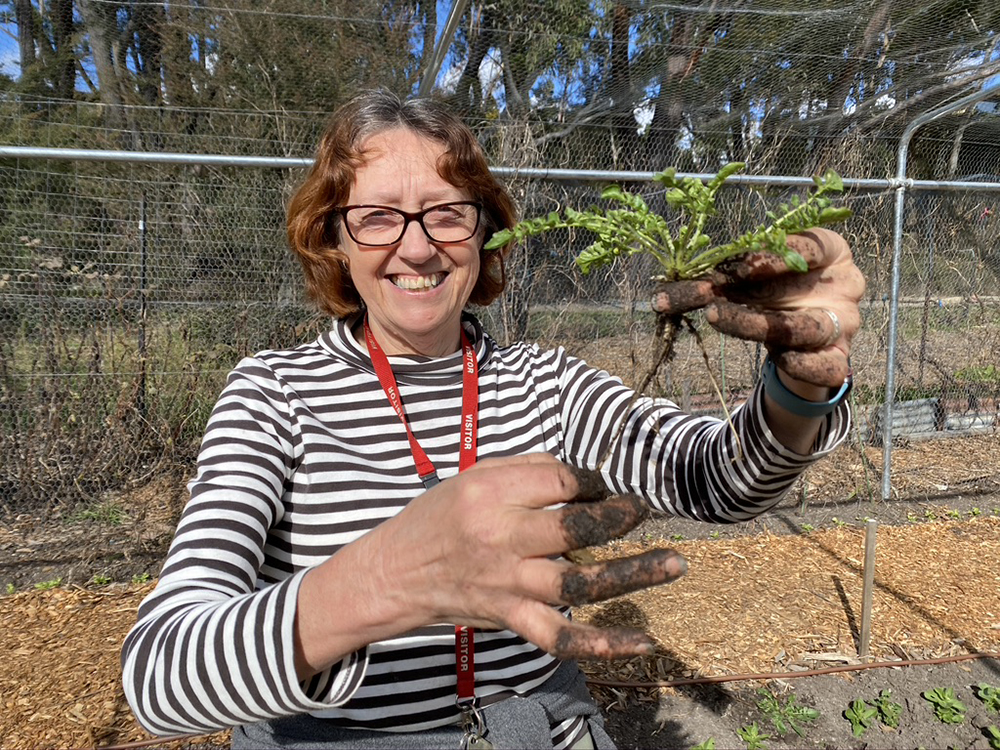 And, of course, they’re a fantastic green vegetable to include in the garden because they’re very high in vitamins. I’ve read that they have twice the vitamin A of broccoli and three times the vitamin C of oranges, so it’s no wonder they’re sometimes also called scurvy cress!

They’re hot and peppery and make a delicious addition to salads and sandwiches, but if you’re not as keen on their raw peppery taste, you can cook them as you would spinach or any Asian green and their flavour becomes much more subtle. An added bonus is that their flowers are edible too! 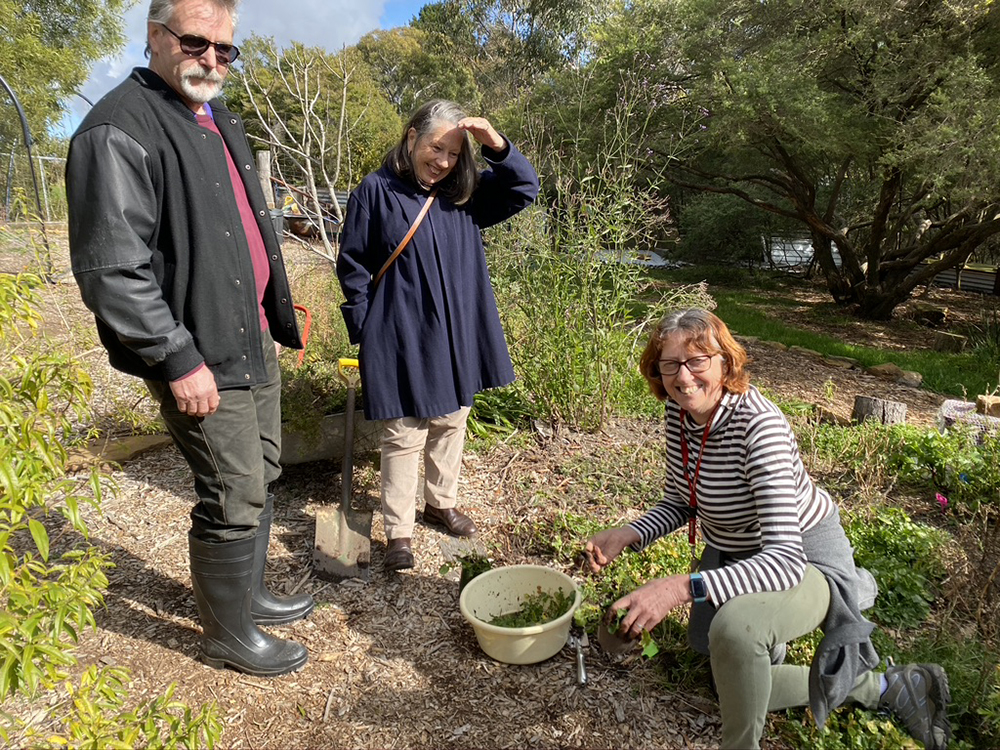 We’ll be dividing up more plants this coming Sunday so, if you’d like some, bring some pots of soil and we’ll share some with you! We’ll be at The Farm between 10am and 2pm at 60 Thirroul Ave Blackheath (turn right into Thirroul Ave before you reach the main entrance of Mountains Christian College).