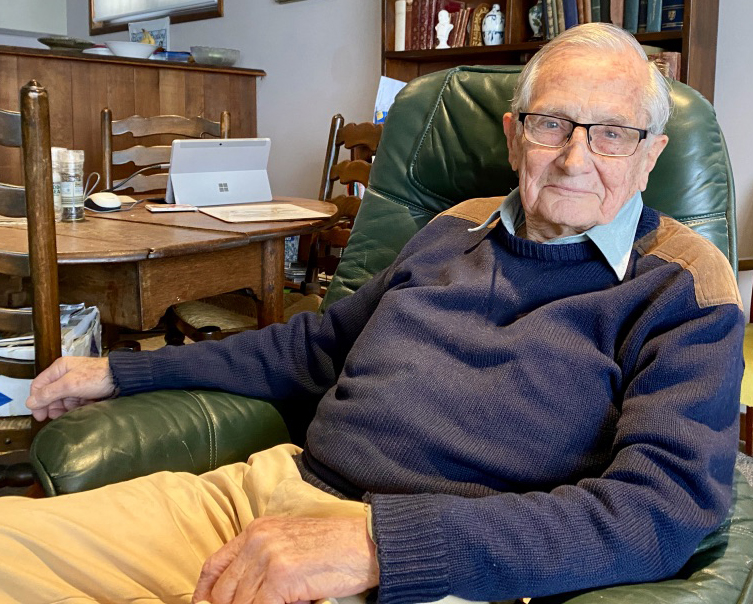 In May 2020, in the early months of the pandemic, I spent time with Bob Burnett in his home at Mount Victoria. He and Peter Buckwell, his neighbour, were nightly companions and supporting each other through the Lockdown. As we’ve seen over the last few years, life has a way of up-ending everyone’s plans. As it turned out, by the end of the year both men had left the Mountains and moved to Sydney to be nearer to their Sydney friends and families.

In May, however, they were both doing well in Lockdown.

Seated comfortably in his warm cosy eyrie in Mt Victoria, surrounded by the records of a life well-lived, and with a pile of books on the table next to him, Bob Burnett gazes out over the stunning Kanimbla Valley. “You can see for 30km” he says, although the day I visit, the fog has descended. “You’ll just have to come again”, he adds.

While Sydney friends urge him to come back to Turramurra, he waves his hand towards the view and says, “how could I leave this.”

And it’s not just the view. A few doors up, close friend, architect Peter Buckwell, has become a nightly dinner companion. Having both lost their wives they now take it in turn to cook for one another.

At 89 Bob has a lot to reminisce about over dinner. From writing two books, to running a number of Shoe Shops in Sydney, to starting Rotary in Turramurra and Probus in Australia, to raising funds to purchase 80 Shelter Boxes that house and support communities devastated by natural disasters, and to helping initiate Rotary’s wildly successful global focus on Ending Polio Now.

Bob is still an active member of the Rotary Club in Blackheath where he’s been made a life member.

During the Coronavirus Lockdown he’s been reading Wild Swans and Noel Coward and listening to Gilbert and Sullivan.

He points at the many books on his shelves and chuckles. “I always said I’d read them when I retired. Having this cut on my leg and being forced to stay in with the coronavirus, means I’m finally doing it.”

Bob’s had this house for over 30 years but only moved here from Sydney after his wife’s death ten years ago. She’d had an aneurysm and stroke and had been ill for 20 years. He recalls how she’d been a wonderful gardener and had even won the 1985 Herald Best Home Garden Award. 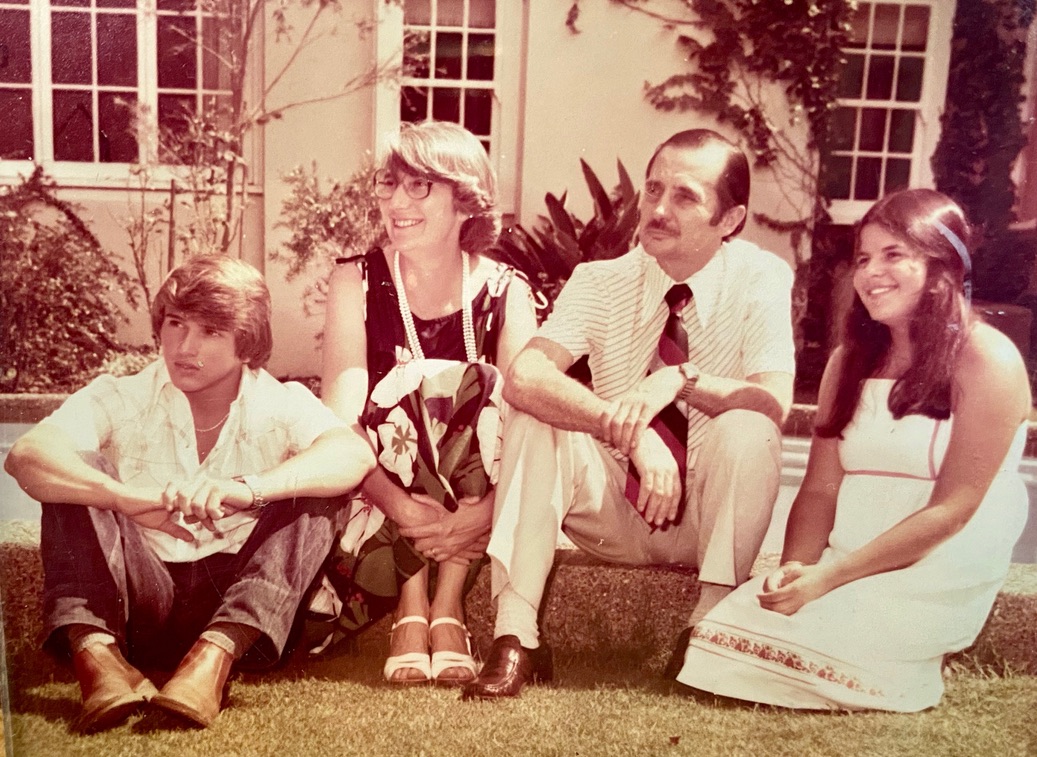 Bob with Lynne and his children Duncan and Kate

Bob started his working life as a chartered accountant with Price Waterhouse but then, after a trip to Melbourne to see the Olympics in 1956, opened his first shoe shop in Turramurra. It was simply called The Shoe Shop and specialised in shoes for mothers and children. 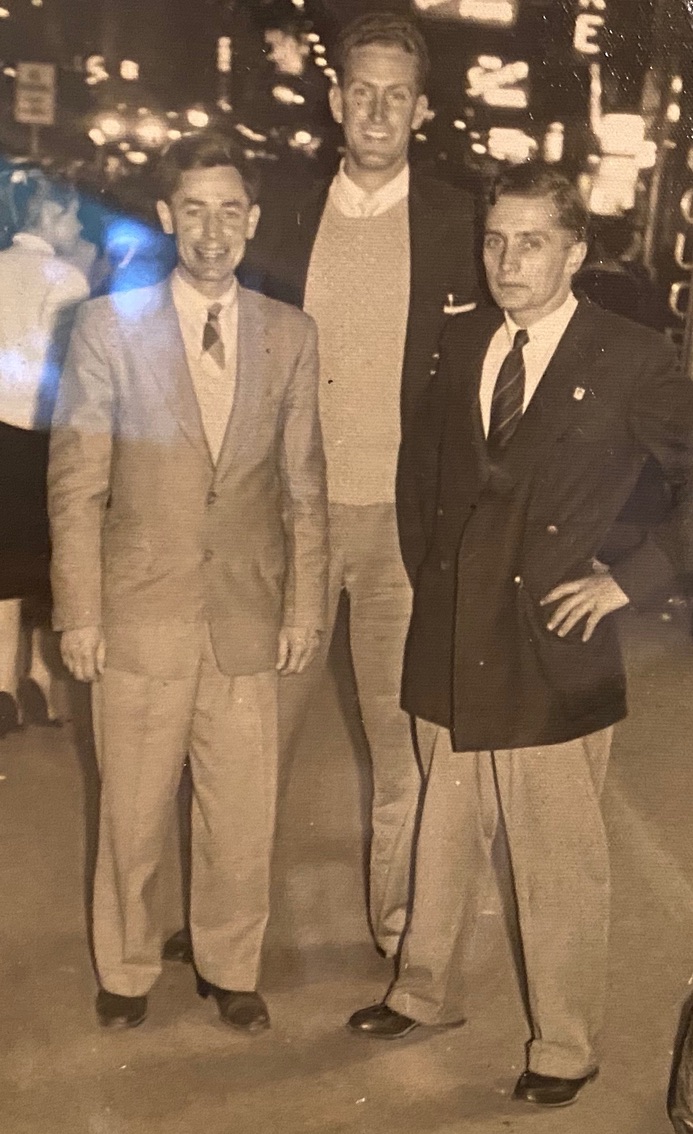 Bob on the right at the Melbourne Olympics

During this period he was overcome with worry and turned to Dale Carnegie’s book “How to Stop Worrying and Start Living”. It helped him understand that he was just like most other people … who also worried! Carnegie’s words struck a chord and he never looked back.

“Then one day I read an article that lifted me out of my despondence and gave me the courage to go on living. I shall never cease to be grateful for one inspiring sentence in that article. It said: ‘Every day is a new life to a wise man.’ I typed that sentence out and pasted it on the windshield of my car, where I saw it every minute I was driving. I found it wasn’t so hard to live only one day at a time. I learned to forget the yesterdays and to not think of the tomorrows. Each morning I said to myself, ‘Today is a new life.”

― Dale Carnegie, How to Stop Worrying and Start Living

The business grew until he eventually had a number of shops.

After 5 years in business he was invited to join Hornsby Rotary. Five years later they asked him to start a club in Turramurra and he became its inaugural president 52 years ago. It grew to become one of the biggest and strongest clubs in the District.

In 1978-79 Bob became the District Governor of Rotary and helped to establish Probus Clubs in Australia (the first one was started by the Hunters Hill Club in 1976).

He felt this was a particularly good year to be a District Governor because Clem Renouf became the 2nd Australian President of Rotary International in that year. Renouf helped establish the Rotary Foundation’s “3-H” Grants Program focusing on Health, Hunger and Humanity. The first 3-H project was the immunisation of six million children in the Philippines against polio and in 1979, the Rotary International Board agreed to set the eradication of polio as a primary goal of the 3-H program.

Bob was on the first 3-H Committee. After meeting UNSW Professor Ron Huckstep, who’d been in Uganda working on polio, Bob played an instrumental role in Rotary’s decision to work to eradicate polio. “He’d set up polio clinics and designed crutches and calipers made out of bush materials,” recalls Bob.

“I rang Clem and said, next time you’re coming through Sydney I’d like you to meet Ron.” They all met at Sydney airport and Ron was able to discuss with Clem how Rotary could help to tackle polio. “The End Polio Now campaign has become the biggest thing we’ve ever been involved with.” 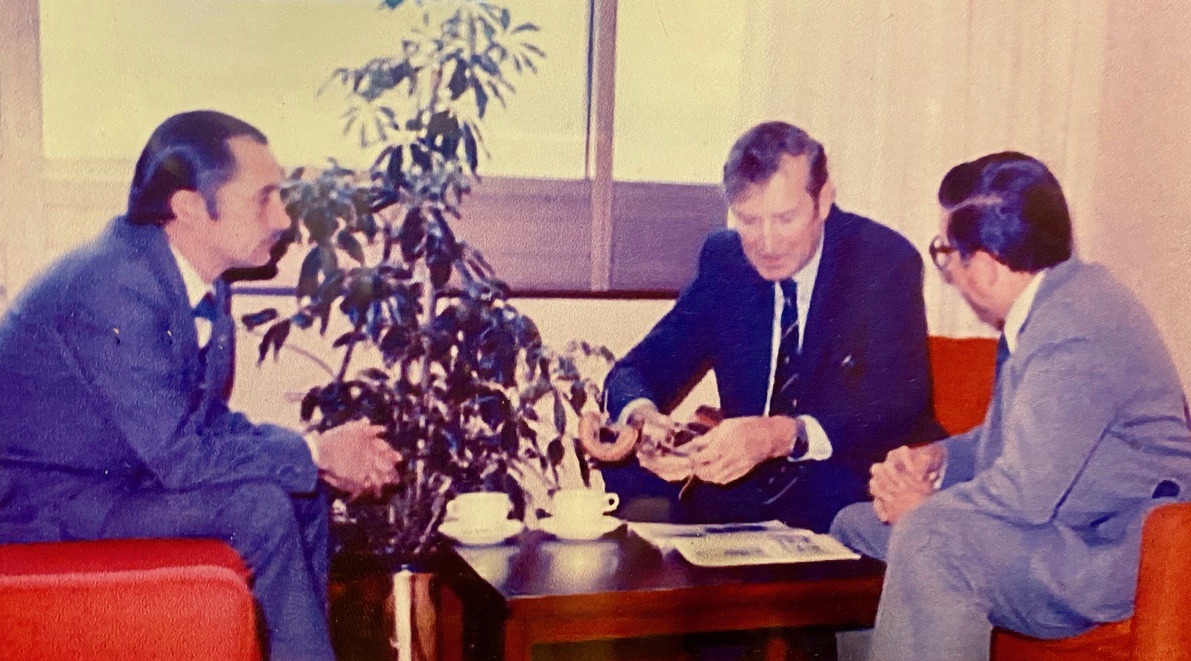 Bob is also justifiably very proud of getting the record for funding Shelter Boxes (over 80 of them!). They’re green plastic boxes that are the first relief to arrive at disaster areas with emergency shelter and other aid.

“They include a big tent for 8-10 people, with sleeping and cooking gear and a stove. I held an afternoon tea with some old girls at a retirement village and we bought dozens of them. One lady ordered 5!”

Bob sold his businesses in the late 90’s and in retirement went on to write two books about his family history in the wool industry: “The Classer” and “Gold Dust on the Wool”. “My mother’s family were wool people from Yorkshire.” 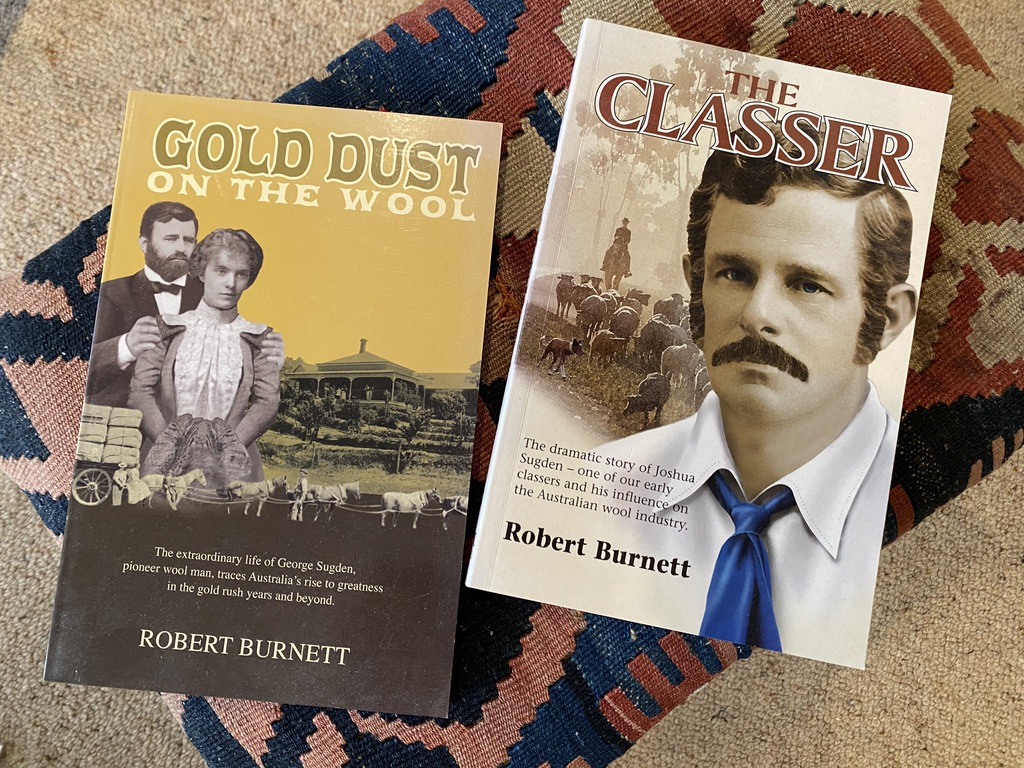 Since then he’s been one of the most active members of the Rotary Club of Blackheath, sharing his years of experience and his wicked sense of humour with everyone there.

“Rotary was a breath of life for me!”

While Bob returns to visit the Rotary Club of Blackheath, where he’s greatly missed, he’s been warmly welcomed by the Rotary Club of Turramurra, of which he was the first President. Bob spoke to me about the move and realising it wasn’t as hard as he’d expected: “I realised people are my thing, more than views, and I’m already a bit behind on my visiting in Sydney.”

Bob has now turned 90 and is very clearly enjoying his new life in Sydney.

NB. Sir Clement William Bailey Renouf OAM died a couple of weeks after I visited Bob. He was 99.

1 thought on “Bob Burnett, Rotary and a Life Well Lived”