It’s almost five months since the ‘megafire’ burnt through the native section of Blackheath’s Campbell Rhododendron Gardens on the 21st December 2019, leaving Blackheathens with a charred landscape and a charred psyche. 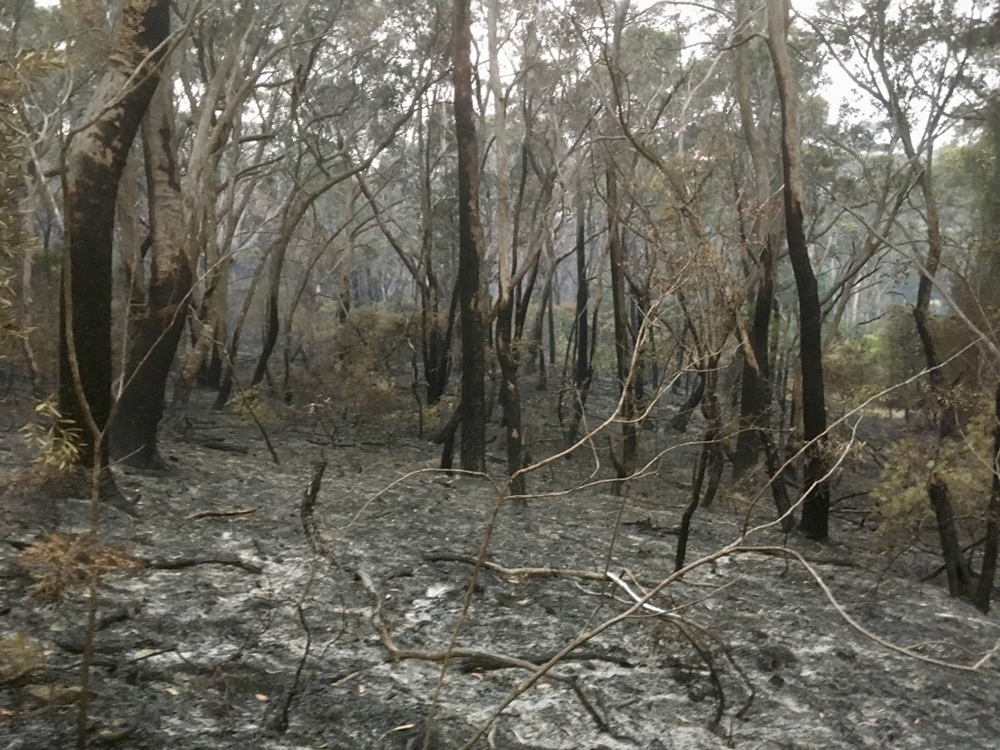 The Fires were followed by flooding rains in early February which removed much of the top soil. Stones were left suspended on tiny sandstone towers … they’re still suspended there today. 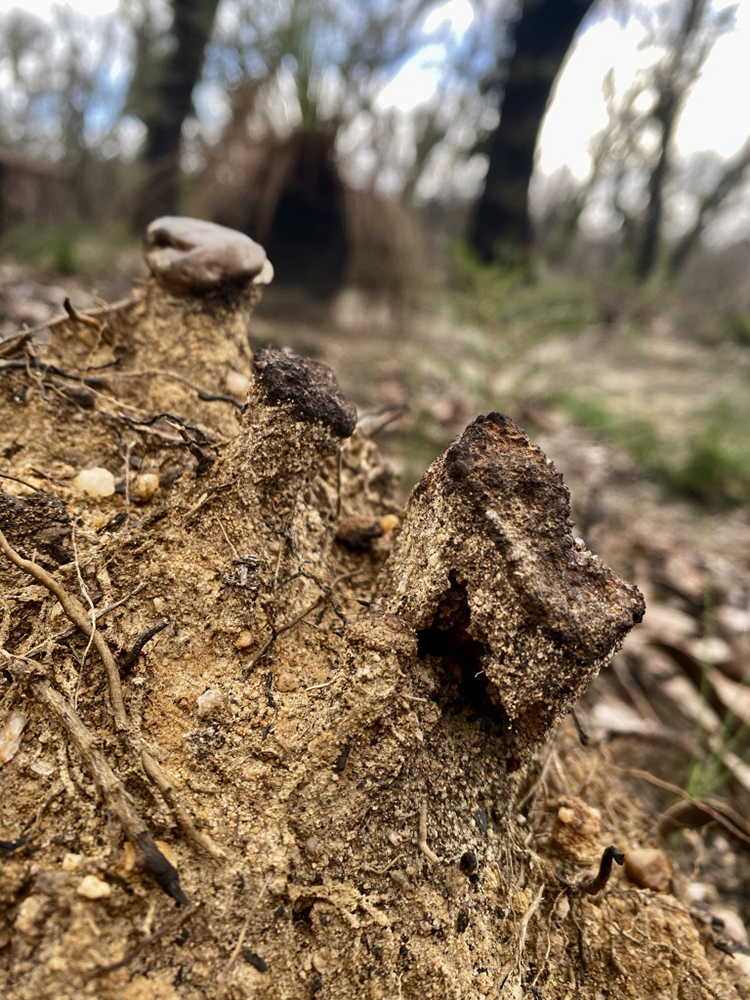 In mid February, two months after the Fires, the blackened surface began to lift. Fungi were forcing their way up out of the charred rocky dirt that remained – showing us that they were hard at work below the surface. 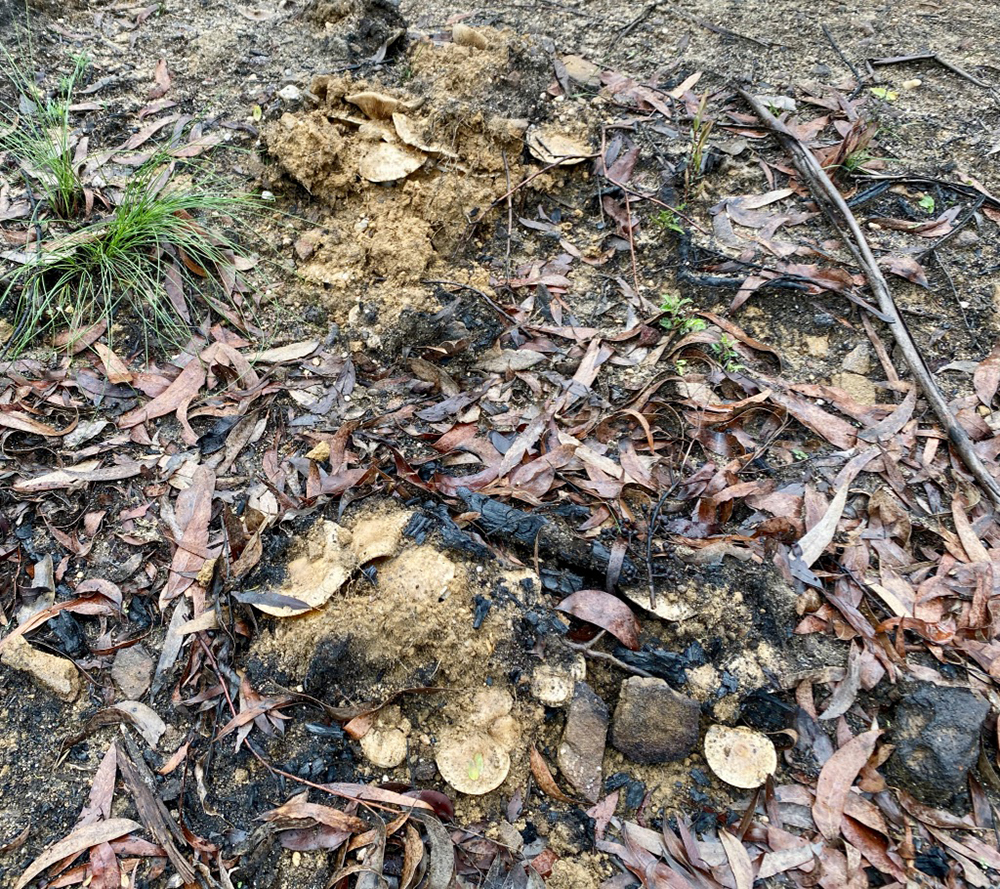 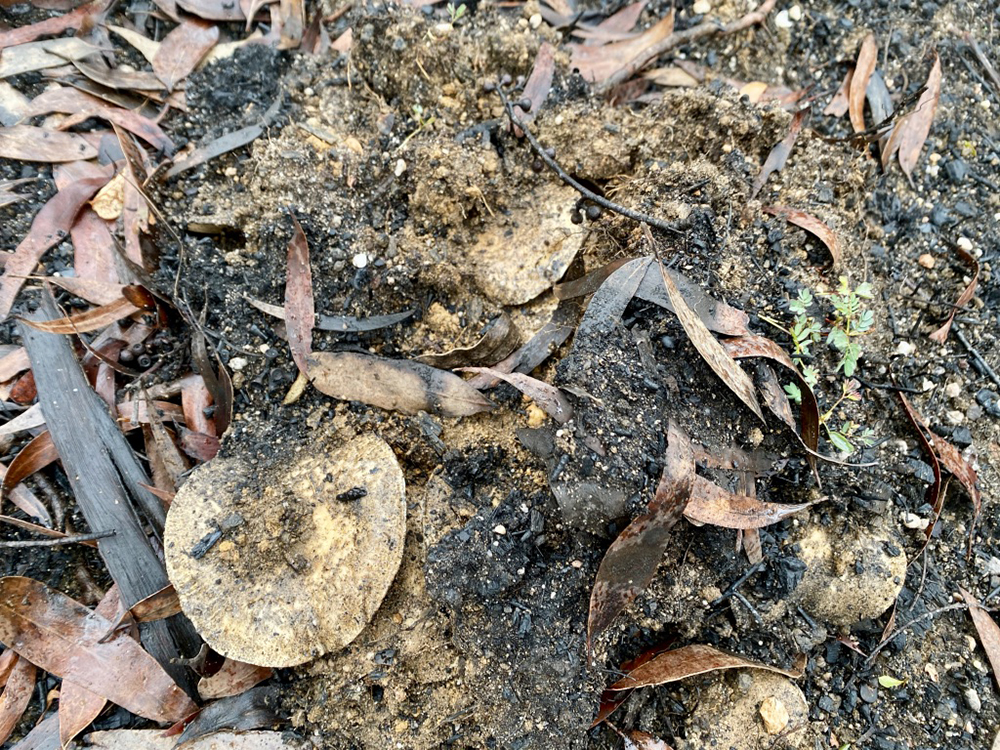 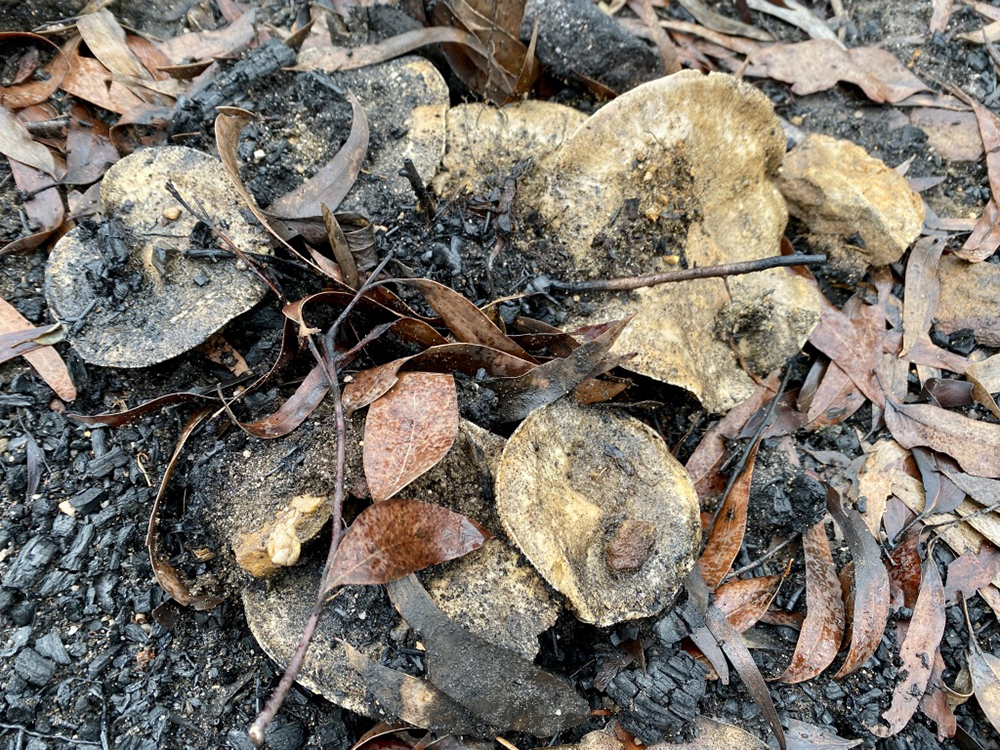 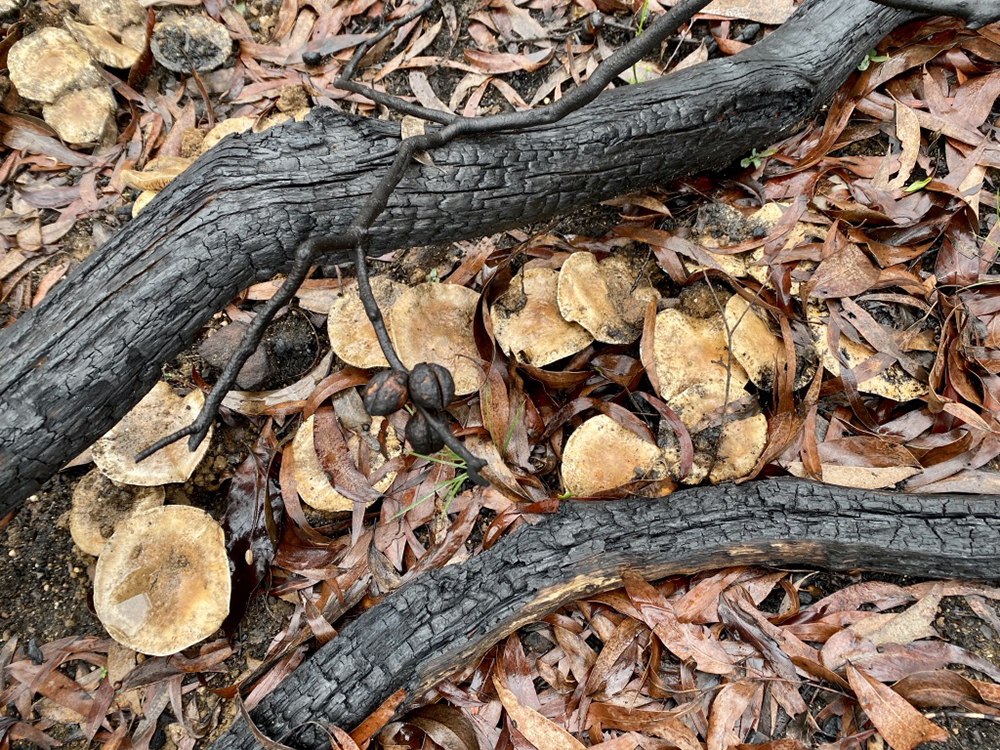 By early May a deadly fungivory was on its way … new fungi were consuming the old fungi … spinellus fusiger or bonnet mould. 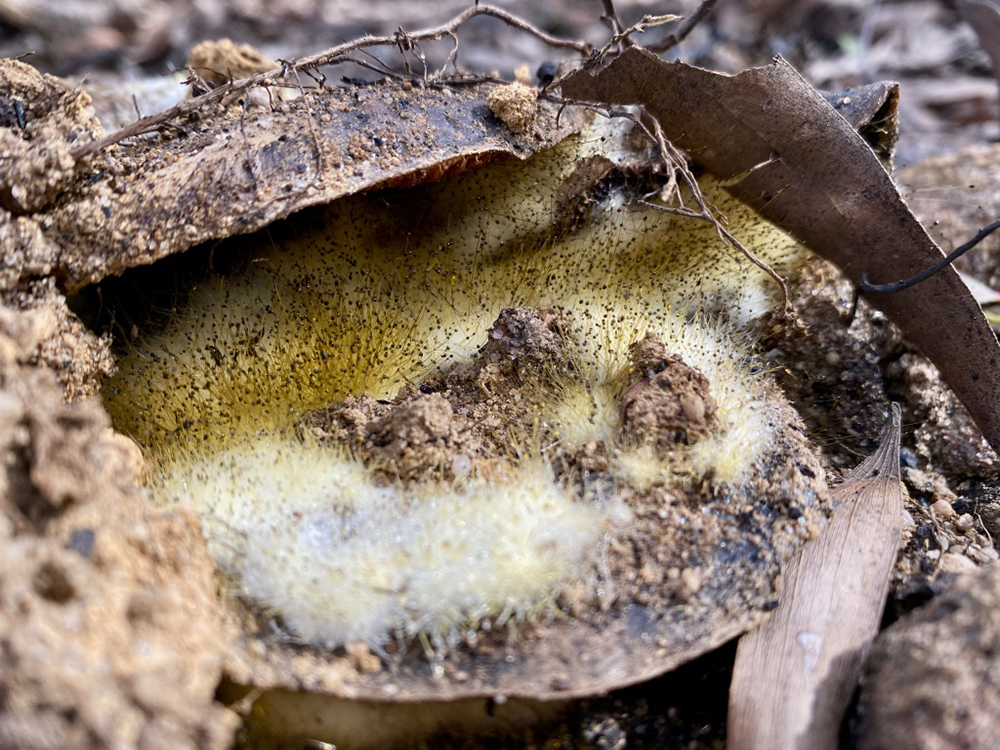 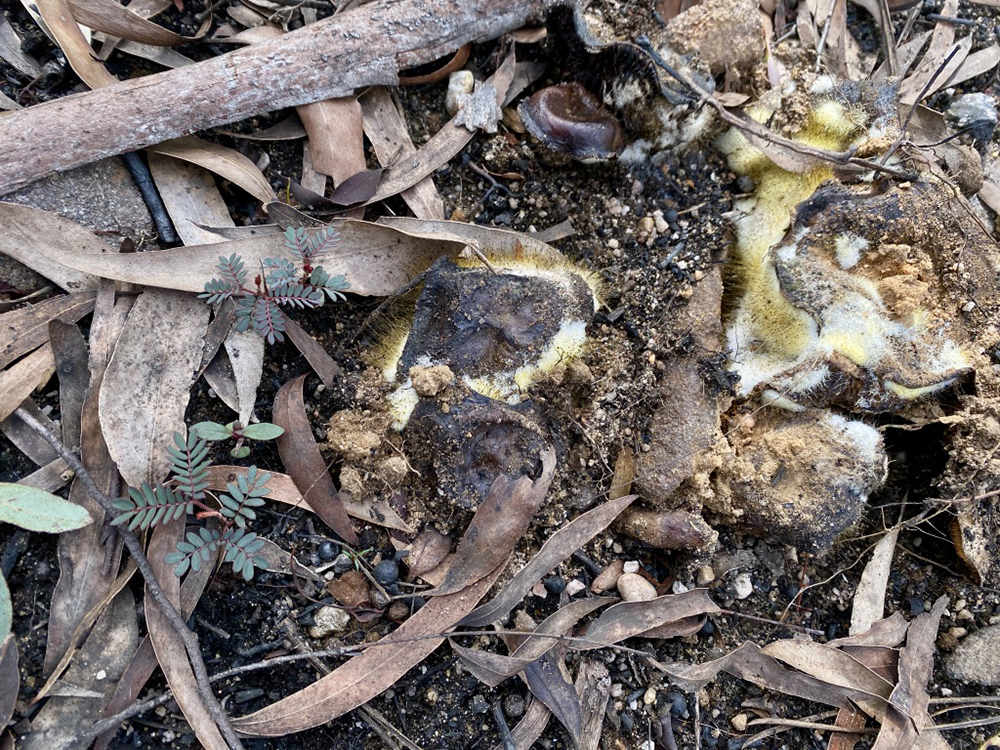 A small native daisy, commonly known as Purple Fireweed, was one of the first flowering plants to reappear after the fire. It’s grown, flowered, and is already releasing its seed to the wind. Fascinatingly its scientific name is Arrhenechthites mixtus … arguably one of the clumsiest plant names in existence, but it presumably honours the Swedish scientist Svante Arrhenius. He was awarded the Nobel Prize in 1903 and was the first to estimate the extent to which increases in atmospheric carbon dioxide are responsible for the Earth’s increasing surface temperature – over 100 years ago. 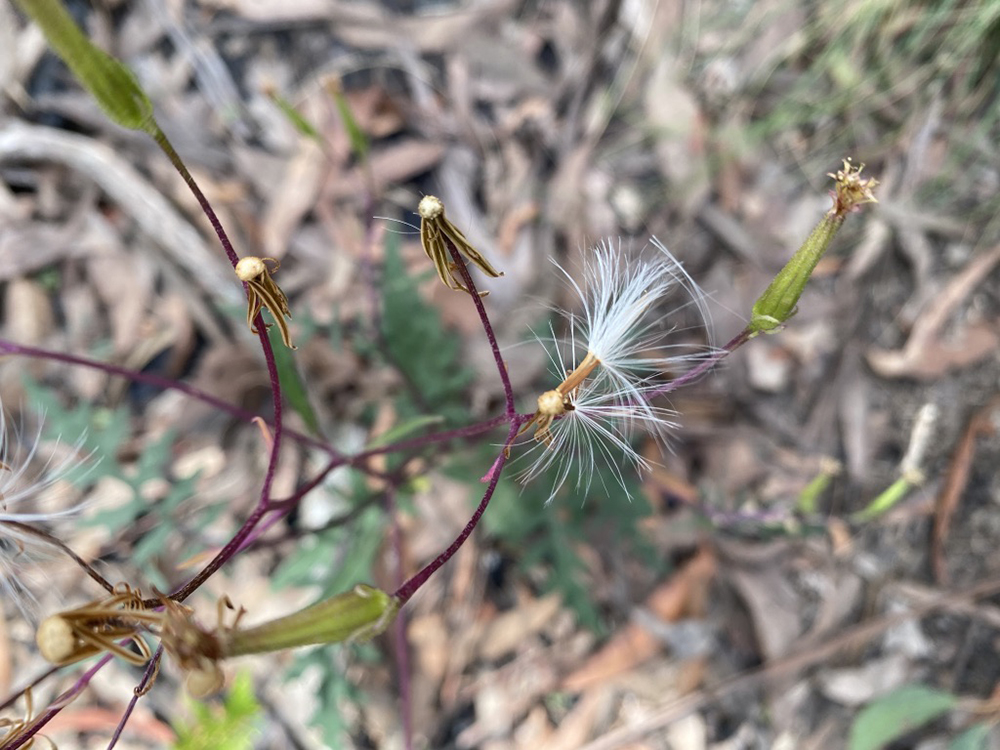 Nature and knowledge move at their own pace.

Nitrogen fixing wattles are now appearing throughout the burnt areas of the garden. 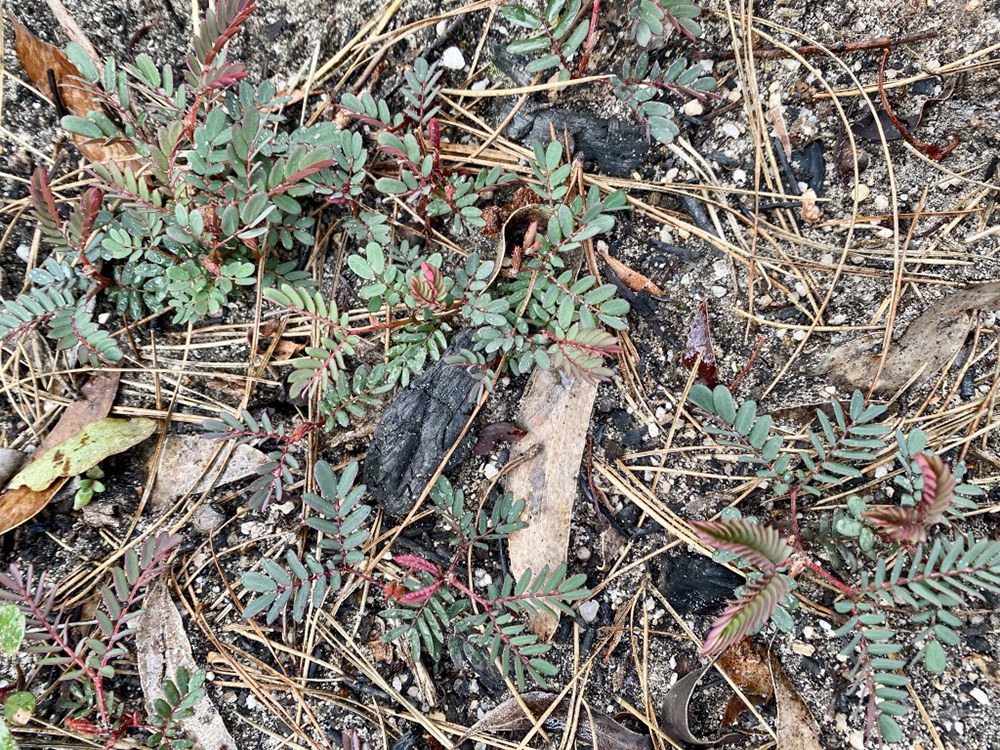 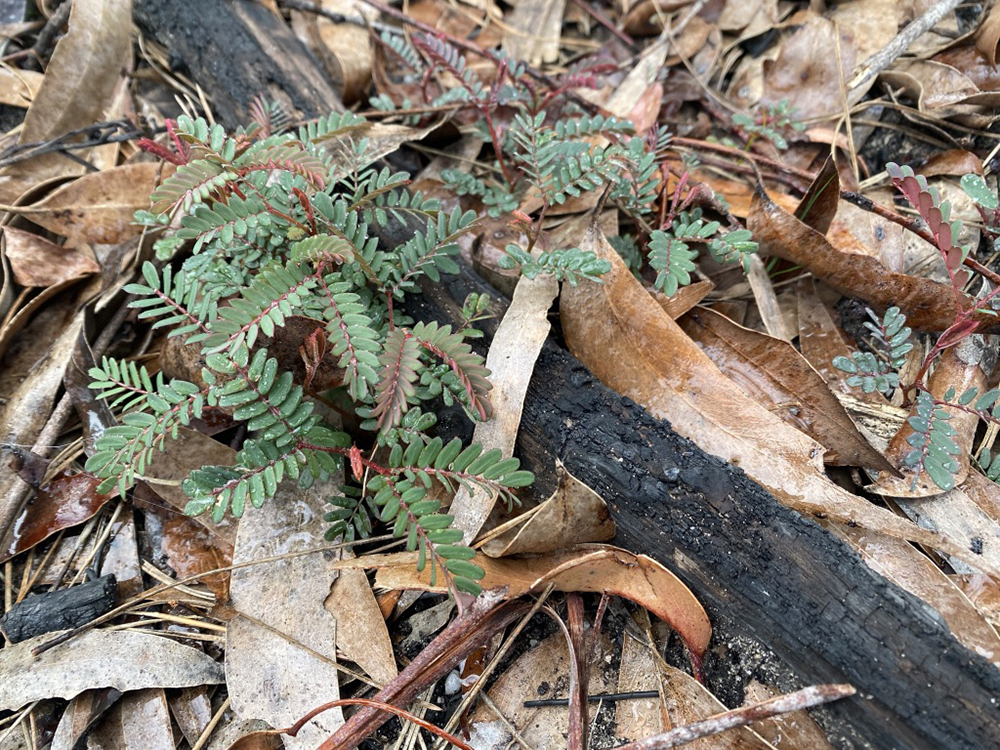 More plants are emerging to hold on to what’s left of the blackened surface. 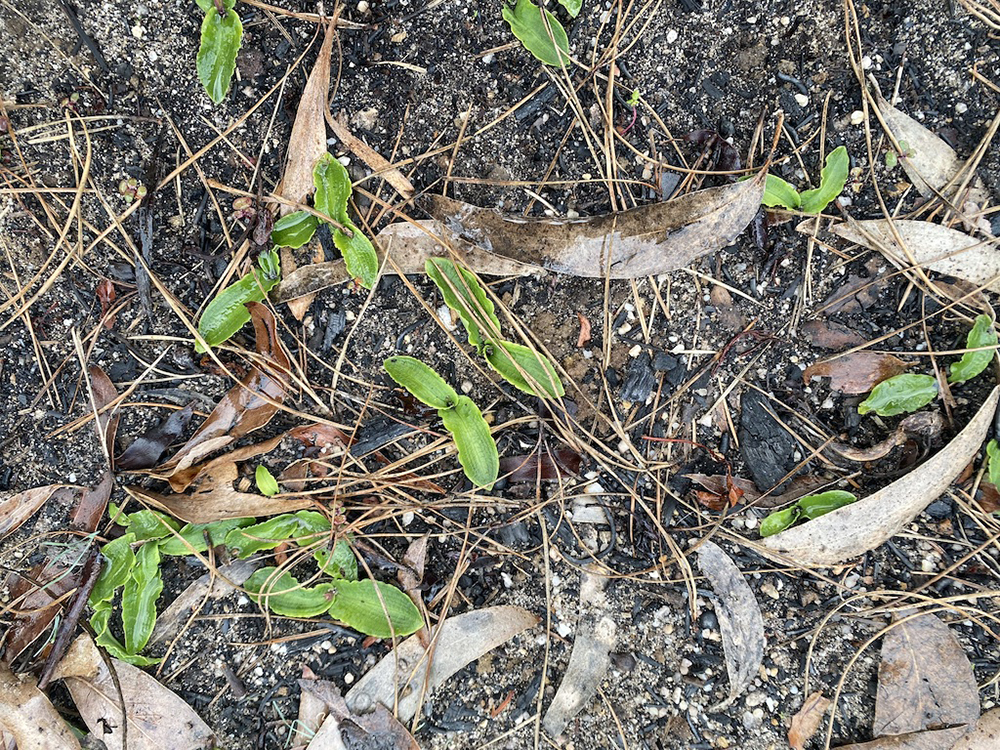 The charred landscape is turning green and soon soil will be rebuilt.

I’ve been told that there is more life beneath our feet than in the oceans and on the surface of the earth combined. Looking at the Gardens today I don’t doubt it. 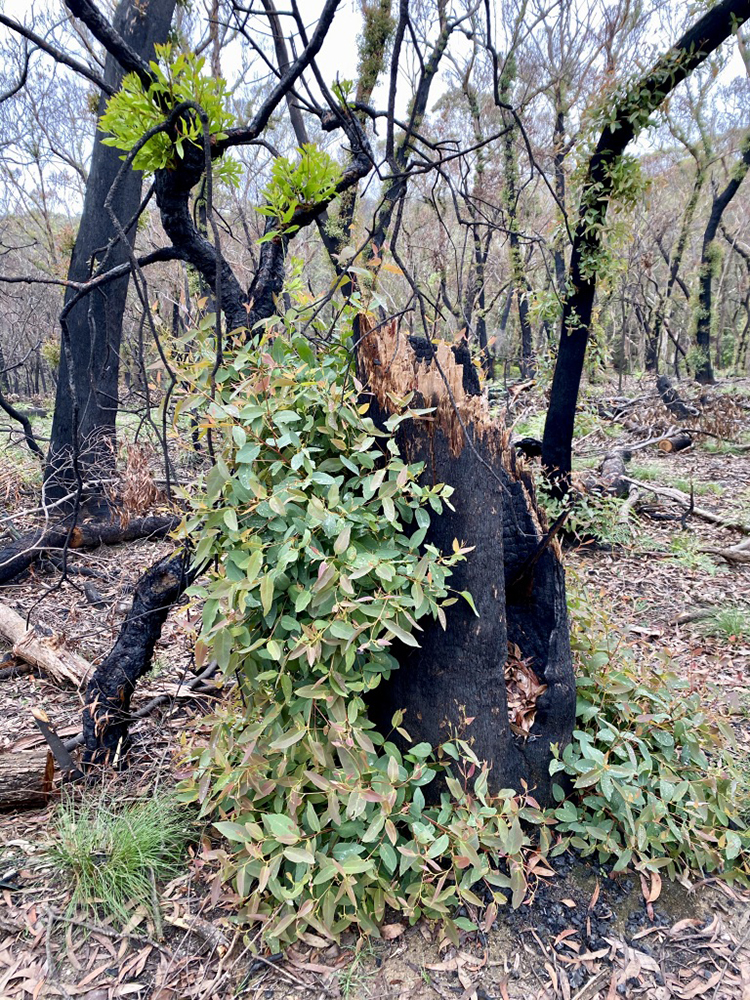 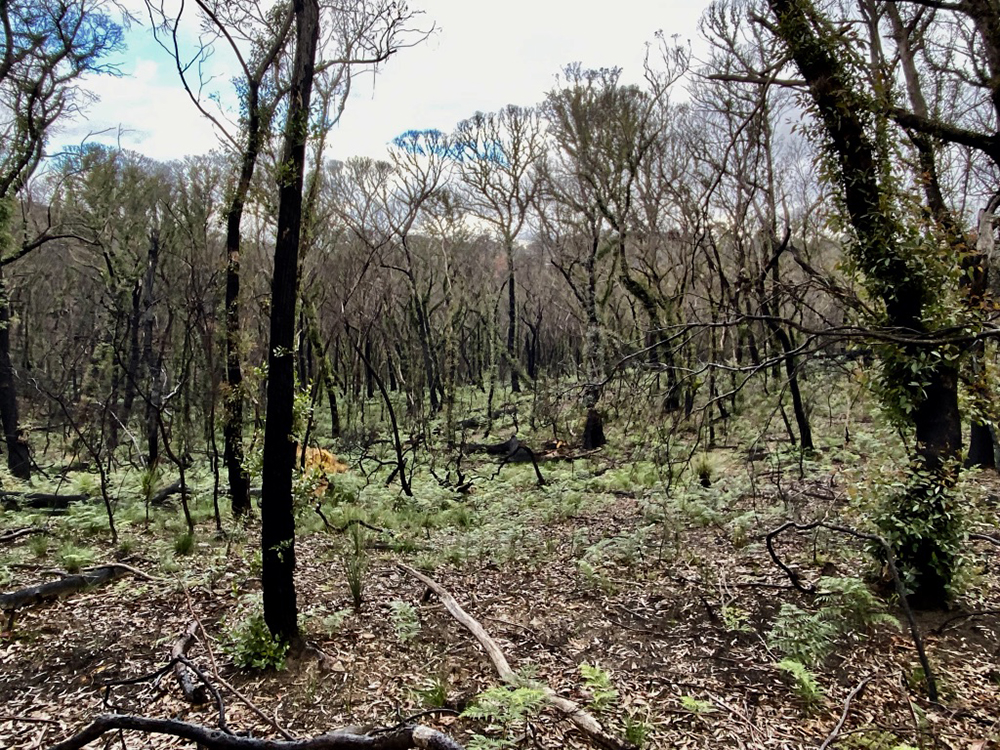