To grow a long-term productive and abundant veggie garden you need to make sure your soil is rich and alive and continually fed and replenished. This supports plant growth and allows for repeated cropping within a healthy ecosystem. One way to do this is to encourage more worms to be part of that system. Charles Darwin said: “It may be doubted whether there are many other animals which have played so important a part in the history of the world, as have these lowly organised creatures.”

Worms break down organic matter (dead plants, fallen leaves, fungi, bacteria, and even dead animals) and recycle it within the soil, creating nutrient-rich fertiliser. According to the Scottish Soil Association, their casts (or poo!) can contain 5 times more nitrogen, 7 times more phosphorus and 1000 times more beneficial bacteria than the original soil you introduce them to. 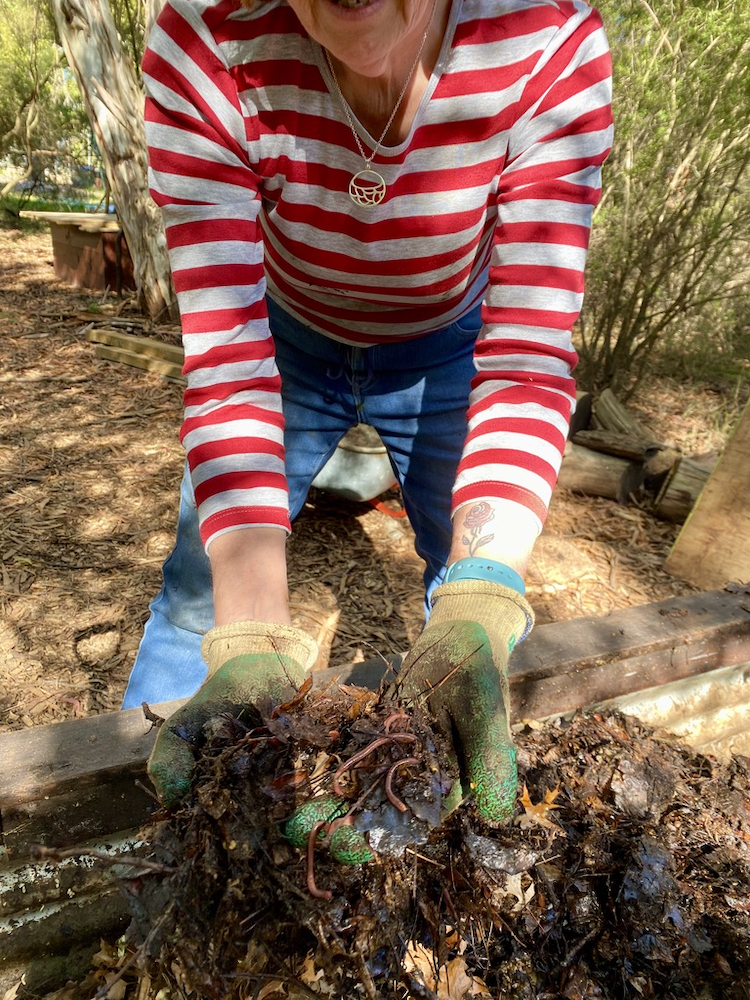 Worms in our Compost Lab

As they burrow they also loosen and oxygenate the soil, opening it up to allow for water to be drained away from the surface and stored in the soil. They can actually increase water absorption by up to 90% and, while they’re at it, they can even break down environmental pollutants.

‘Professor’ Lyndall Crompton, who has established and runs the ‘Lab’, gives a rundown below of how she built and maintains the Worm Towers we’re now using.

Worm Tower system in situ (e.g. in a veggie garden)

We have established several worm towers at the Blackheath community farm that are located in our vegetable gardens inside the large enclosure. 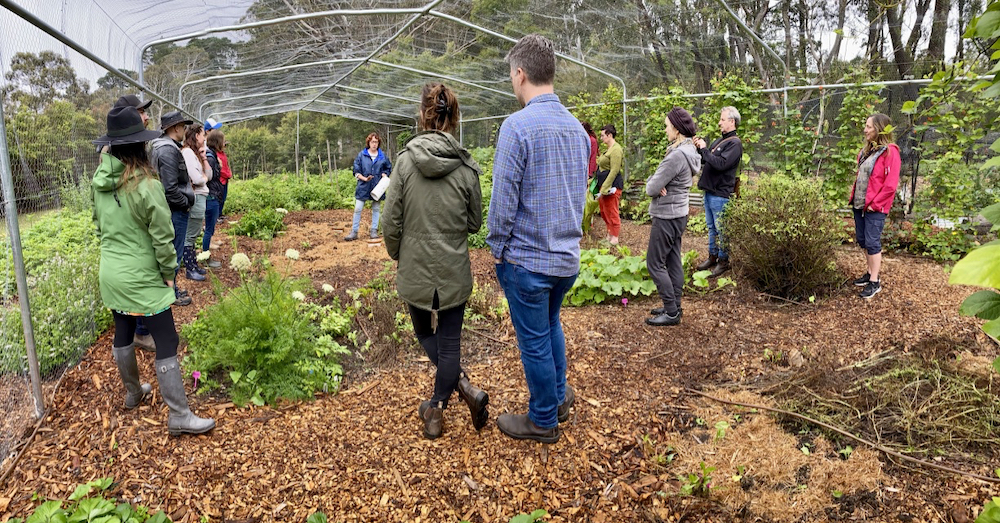 The worm tower is made from a piece of PVC pipe that has no top or bottom and has holes drilled at various places around the circumference of the pipe.  The pipe is buried into the garden leaving about 10 cm above ground. The worm tower has a lid that will stop rain and other animals getting into the tower, therefore protecting the worms inside.  The lids we are using are pot plant saucers that are filled with pebbles.  Water will collect in the saucer and the pebbles will  provide landing spots for bees and other pollinators to visit and have a drink. 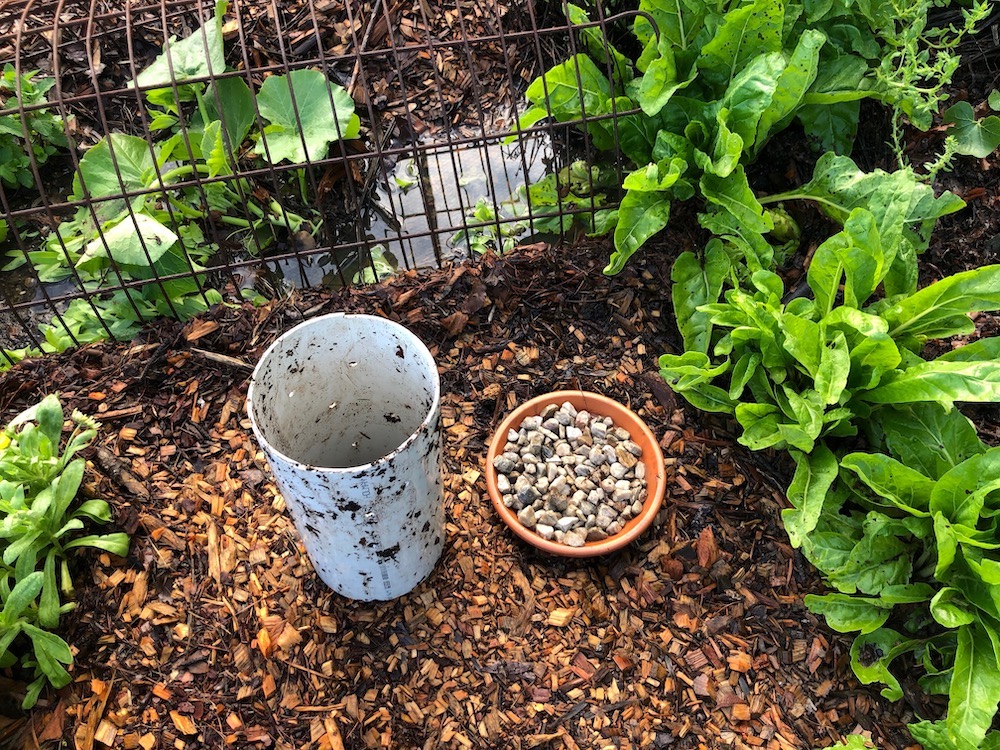 The tower can be made of other things such as a nappy bucket with a lid or a plastic pot with the bottom cut out of the container.  The lid can also be anything, provided it stops water and other animals getting into the worm tower.  The container can be as big or as little as you like, depending on the size of your garden beds.

The idea is that the worms will eat the food waste, leaves and weeds fed to them from the top of the pipe and create castings within the pipe.  They will also crawl in and out of the pipe through the holes drilled in the side, spreading castings throughout the garden bed. The castings can also be harvested from the worm tower and spread on other parts of the garden.

If you add compost worms they will tend to stay in the pipe, but other worms will migrate. 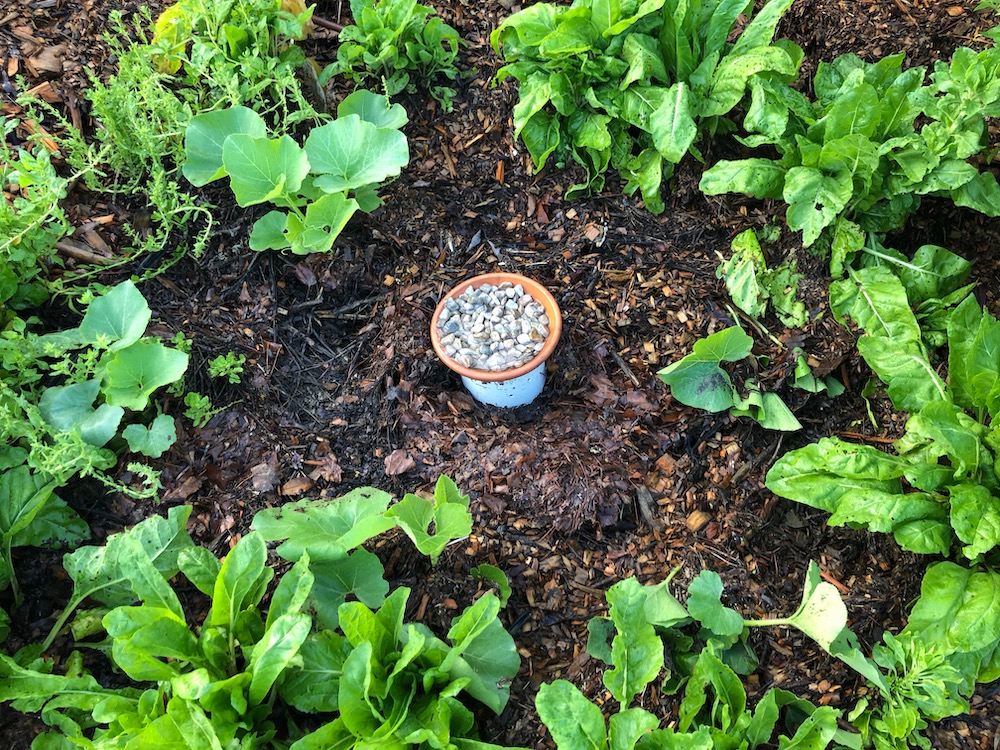 The finished worm tower in situ before a layer of straw or mulch is placed around it (this layer helps to insulate the worm tower from heat and cold).

Setting up a worm tower

Once the worms have settled into their new environment, feed them regularly with small amounts of a variety of fresh food scraps, including small amounts of coffee grinds and ground up eggshells if you have them.

When feeding the worms:

Other things to keep in mind: 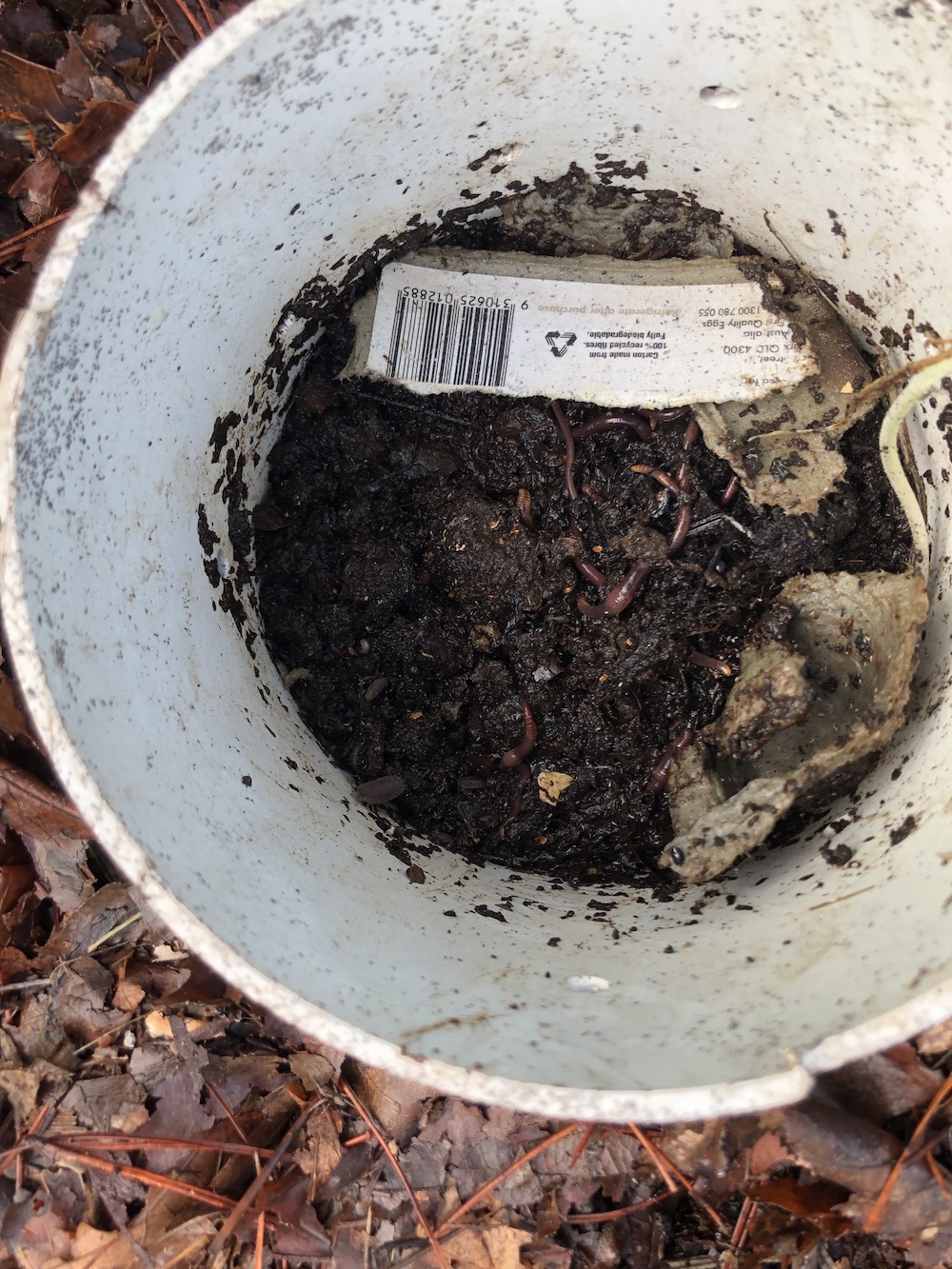 The worms in the worm tower need a feed, as they have consumed all the veggie scraps and leaves and also most of the cardboard!