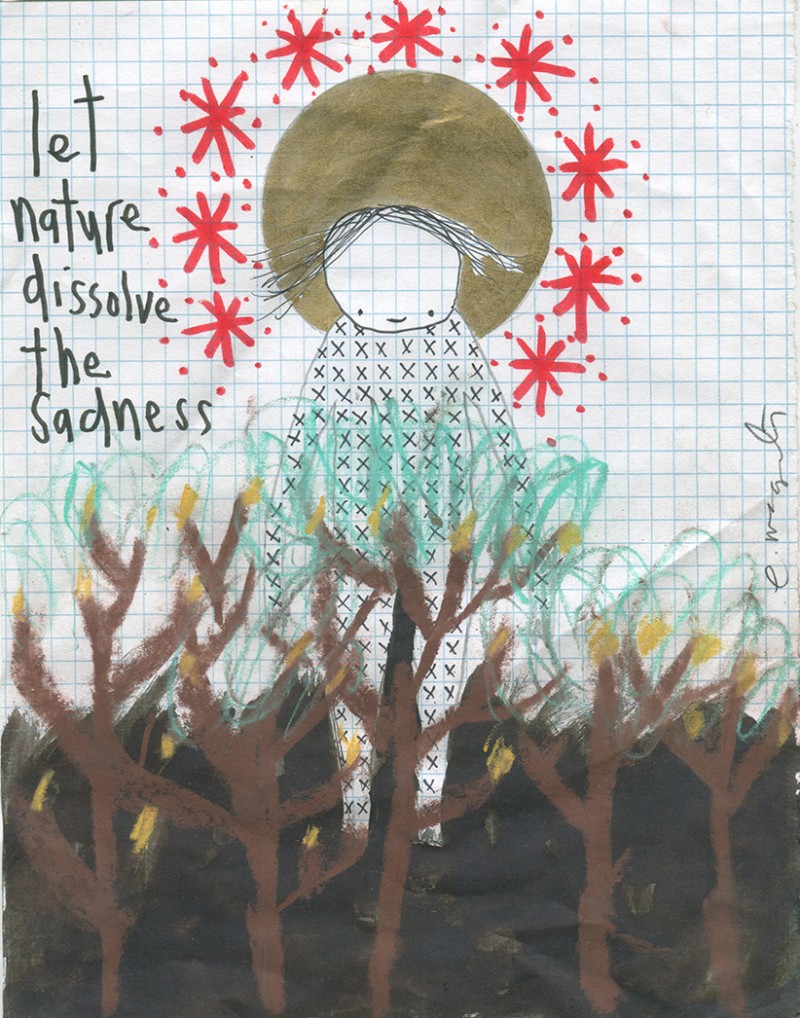 If you’re not sure if you’re powerful enough to change the world, just look at the fact that you’re still alive in a system designed to kill you. You’ve survived this far and congratulations. This is no fluke, but an indication that you believe in something greater than profit at the expense of compassion. You are equipped to be the person who will affect the world in a win-win situation for everything on the earth. Here’s how: Thoughts and words of compassion are powerful spells, and actions motivated by love are the greatest power move you can pull on the planet today. You are the magician and can rearrange the system in any shape you choose and the best tricks are performed when you use love and compassion. These great invisible forces that reside in the heart centre can bend time and move matter and this is how you can contribute to The Big Fix.

Like many people, I have been overwhelmed by the world and the various injustices, pillaging of our natural resources, the chronic waste and the impact of Capitalism on our earth. It is easy to feel powerless, or feel compelled to fight for something, somewhere and yet our commitments can make us time poor to do that very thing. Start where you are, with what you have in your life, in the location where you live, with the skills you possess and share them. Now personally, I believe the greatest revolt against Capitalism is to become a permaculture farmer as it is a beautifully simple solution to all social, economic and ecological problems. I however am not a farmer at present, but an artist and published writer, so I am using those skills right here, right now to affect some change, somehow.

My methods were once old school, I wrote books and illustrated them and they were about empowering the individual to become autonomous from all things that created dependency on a power source outside of oneself, be that via the matrix of romantic love, religions and even our own story. I have now been using social media platforms to reach a broader audience via Twitter and here are some of the ways I have been sharing my ideas:

You can literally walk through nature and see, touch and know beauty

Nature has been waiting patiently for everyone to put it first

Change is breaking patterns. Change is one different action at a time.

You’re not lost, numb or jaded, you’re just in a hard level video game designed to make you think you are, but you can outsmart it with softness

We think we have to harden up to live in these times, but in fact we need to soften down and be completely gentle again

Every time I go walking in the woods, I come back to my house with one less layer of Capitalism

THWART CAPITALISM WITH SELF LOVE

I thought about breathing my way out of 21st century anxieties, but I’m making a film about it instead

Besides using Social Media as a platform, I am making a film called REMEMBERING AGATHA that will screen at Adelaide Film Festival before doing the global film festival circuit in October 2017.

It is a story about how two lovers, Agatha and Robert, get married and have children and lose each other to the intensely regimented structure of a Capitalistic Society until Agatha finds a portal through the dishwasher into the world of her child self. The film will be a prologue for a TV Series with The ABC that will explore the deeper cultural layers of surviving as a human in the time of Capitalism.

Emma Magenta is an artist, author and filmmaker living in Blackheath. Her work is in numerous private collections around the world and her style is born out of using her left hand instead of her right to draw.

Originals of Emma’s work are available at Hat Hill Gallery in Blackheath.