Last night we had the most delicious buckwheat pasta with parsley pesto and caramelized pumpkin. While we usually associate pesto with basil and summer, pesto’s lusciousness can be created with many different greens and nuts. You can make pesto with parsley, oregano, mint or many other edible greens … why not experiment with combining a few. I don’t, however, suggest trying nasturtium leaves … great in theory but they were an experiment I prefer to forget! They’re most definitely best just in salad.

We grow hazelnuts and walnuts and they’re just as delicious as using pine nuts. So are ground almonds.

Pasta can also be made with many ingredients from your own garden, especially if you have your own chooks. 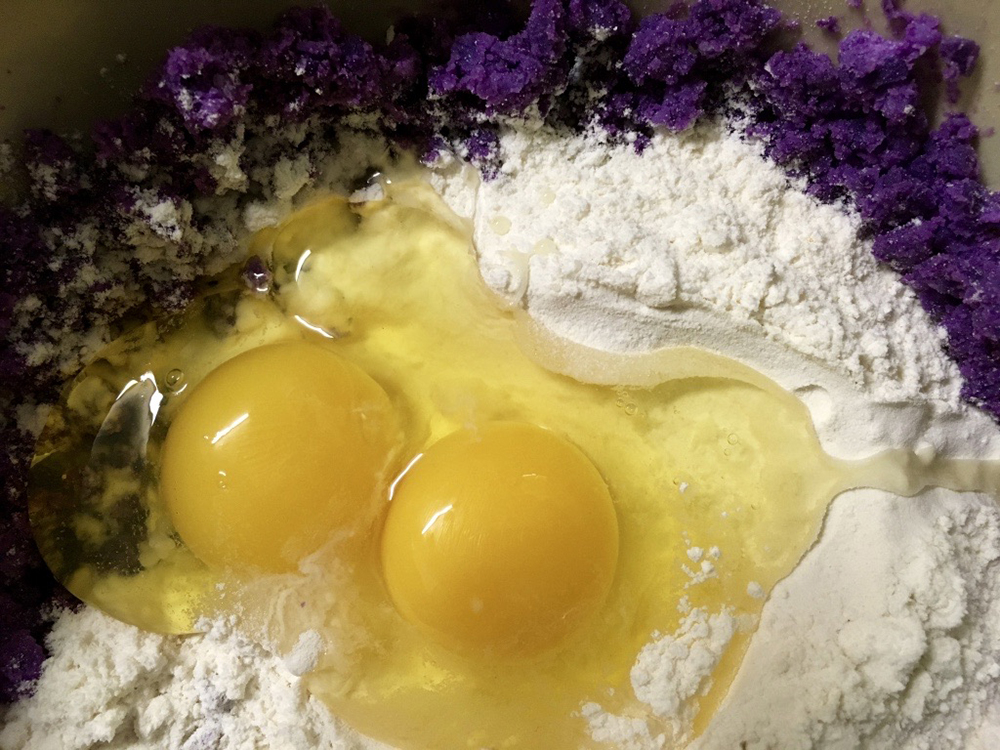 Gnocchi made with mashed purple congo potatoes, flour and eggs

One of my favourites is purple gnocchi made with our own purple congo potatoes. Nasturtium salad is perfect here as a garnish! 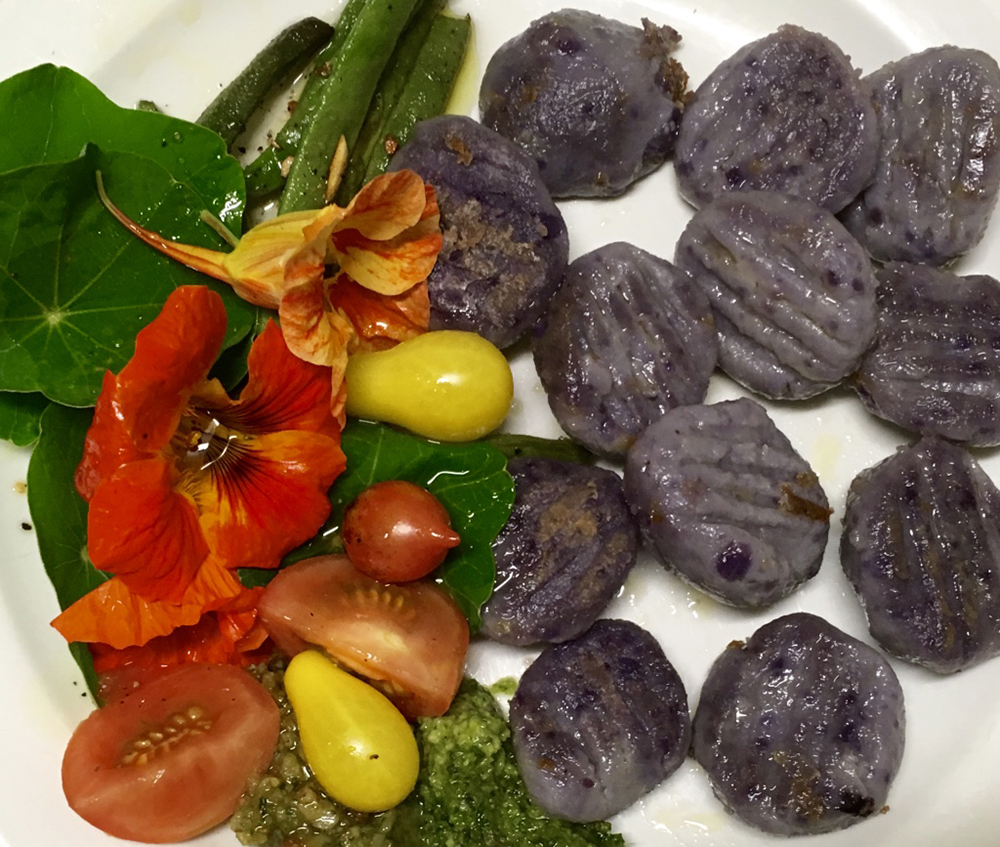 At Blackheath Community Farm we’re also growing buckwheat as a cover crop and to attract beneficial insects. We’re hoping to build up enough in our seed bank to experiment with making buckwheat flour. We harvested more seed this week and will replant it in Spring. 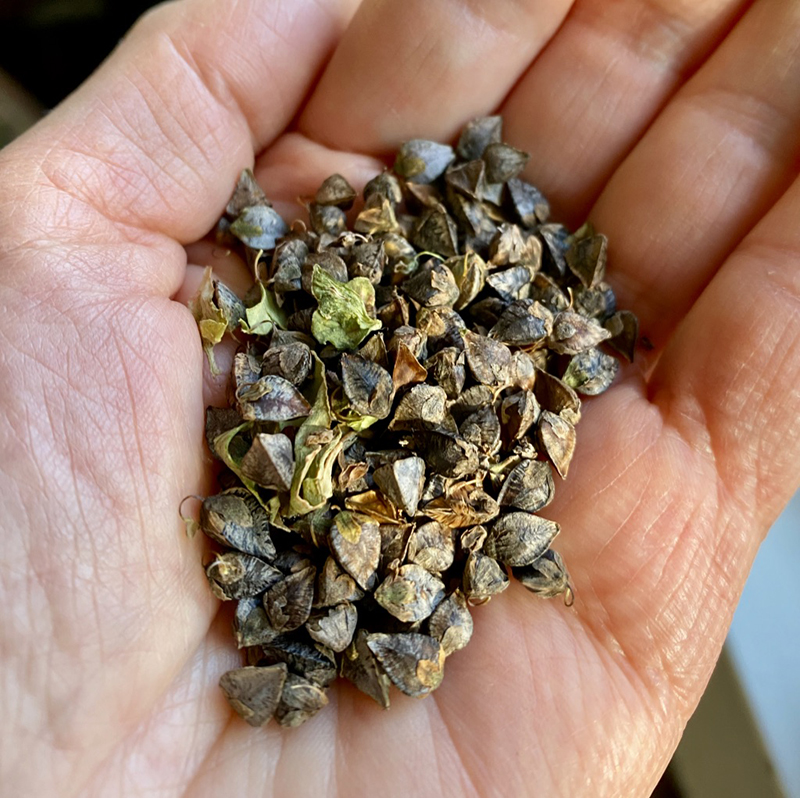 Before the first frost, which is likely to obliterate our beautiful nasturtiums, I’m also collecting nasturtium seeds – mature ones for replanting and green ones for making ‘poor man’s capers’. Capers are a fabulous addition to any pasta sauce. 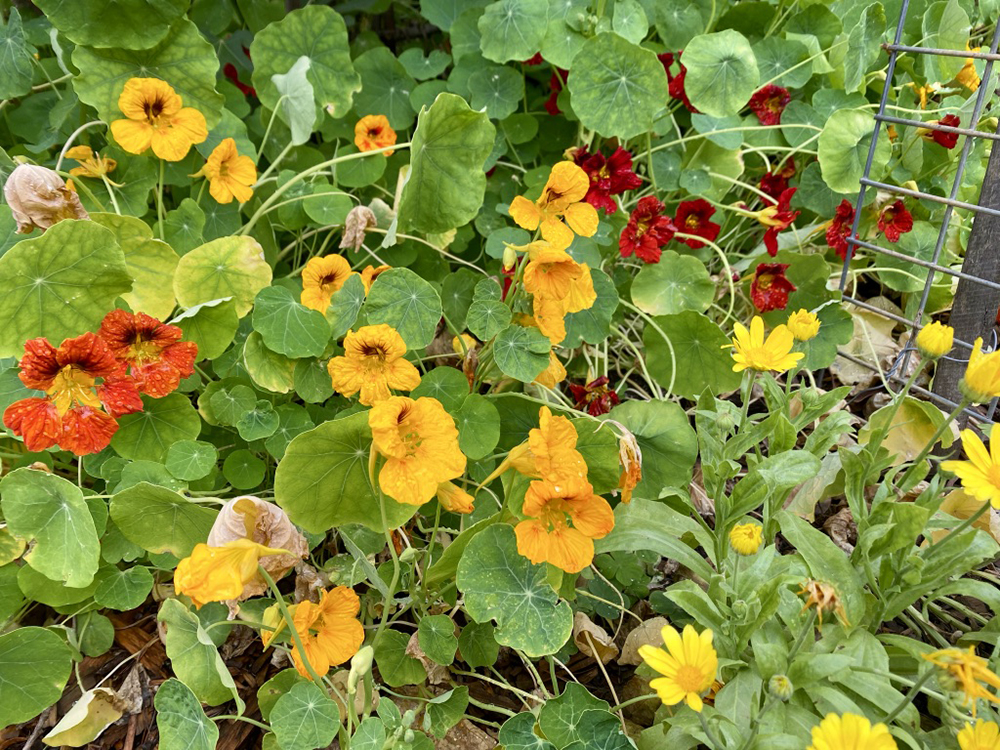 In general this is a good time to be collecting as much seed as possible as well as collecting and freezing greens and petals, before they all go to seed or die off over winter. 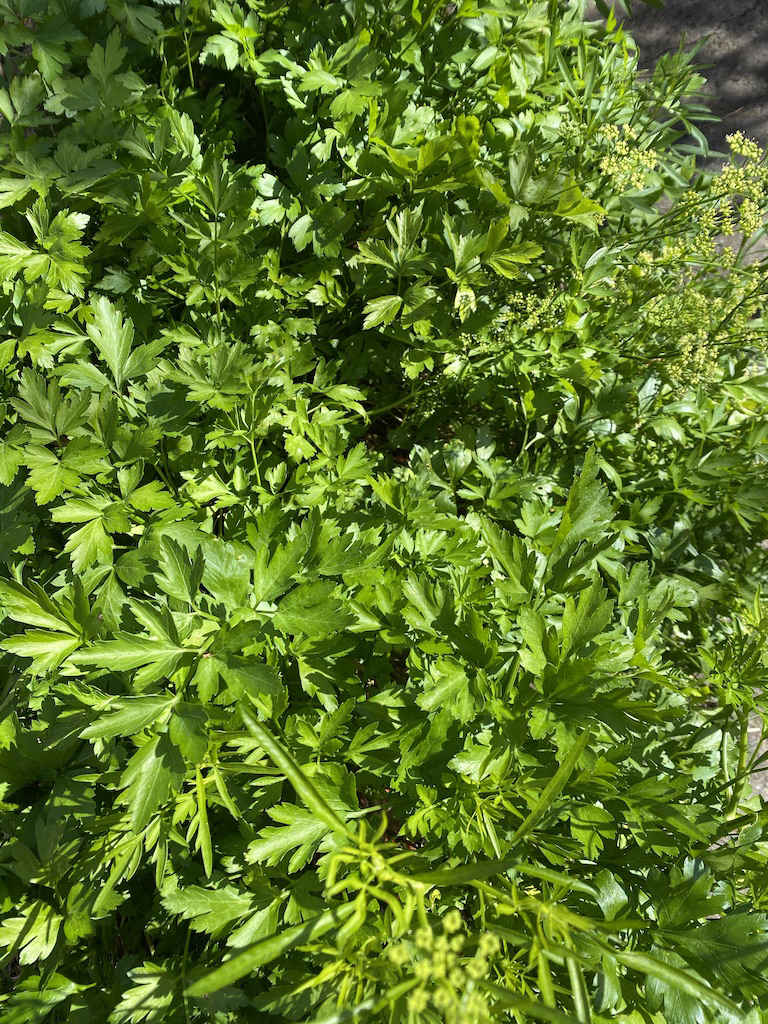 I’ve had the best parsley crop I’ve ever grown this year. It’s getting better and better as it becomes more locally acclimatised so I’m keen to save as much seed as possible. I’ve been using the parsley to make tabbouleh and gremolata as well as including it scrambled eggs and salads, stews and soups. The gremolata (chopped parsley, garlic, salt and grated lemon rind) has turned numerous ordinary meals into what my husband calls ‘restaurant quality’ meals. I simply can’t get enough of this parsley. As well as making bulk pesto to freeze over winter I’m also freezing it in ice cubes and bags of chopped parsley to liven up future winter pastas. You can also dry it. The more you pick the leaves the more the plant produces! Because parsley’s biennial it won’t grow beyond the second year, that’s why it’s critical to collect the seed.

Tabbouleh with home-grown tomatoes and parsley

I had to pull out one of my parsley plants which was so big it was overshadowing my broad bean seedlings and its tap root was 45cm long! These roots are also delicious … they’re like a cross between celeriac, parsley and carrot and you can eat them raw or cooked. In Europe they grow a variety of parsley just for the root.

Because my parsley is so huge and vigorous this year, I’ve occasionally been confused by whether I’m picking parsley or celery (I’m growing them close by). Interestingly, the word parsley comes from the Greek petroselinon which translates as ‘rock-celery’!

If I still haven’t convinced you to plant lots of parsley check out its nutritional content: Parsley is a source of flavonoids and antioxidants, especially luteolin, apigenin,[10] folic acid, vitamin K, vitamin C, and vitamin A. Half a tablespoon (a gram) of dried parsley contains about 6.0 µg of lycopene and 10.7 µg of alpha carotene as well as 82.9 µg of lutein+zeaxanthin and 80.7 µg of beta carotene (Wikipedia)

The only caution is to not eat too much if you’re pregnant.

I’ve also been collecting oregano seed (although oregano is very easily propagated by division as well), dill seeds, chilli seeds and tomato seeds – which will all be used to make future pasta sauces. 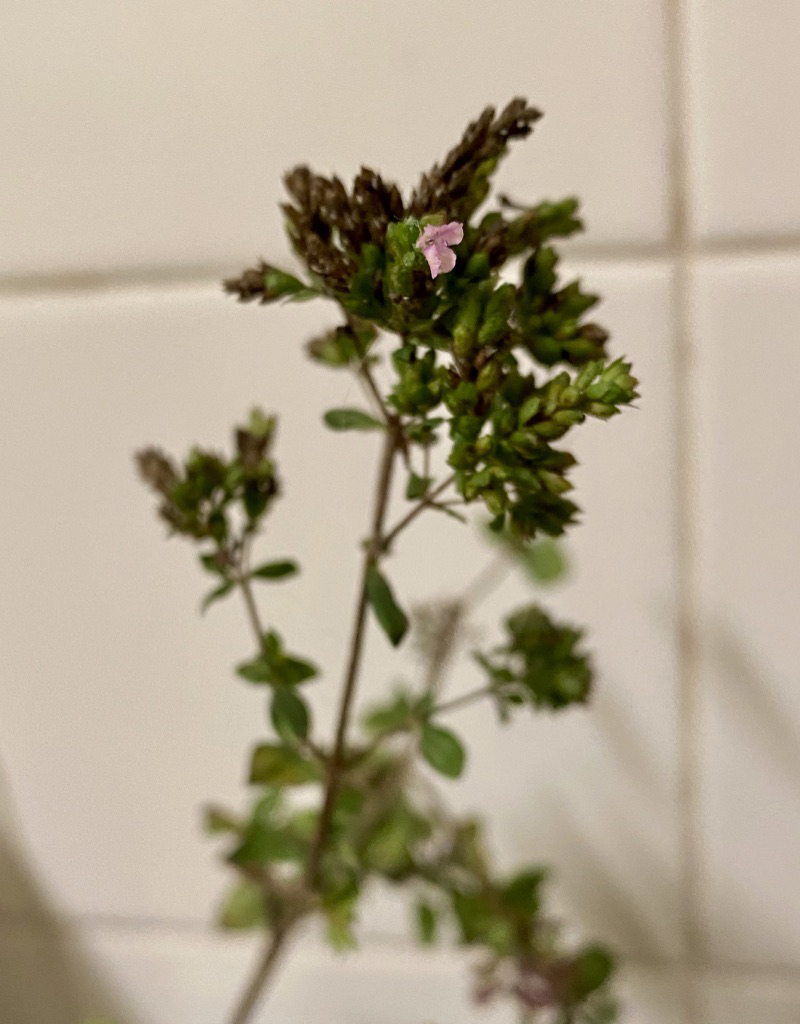 Oregano flower on its way to becoming a seed

This is my favourite pesto recipe. I recommend making in bulk and freezing the extra to have over winter.

5 garlic cloves or to taste

Juice of half a lemon

Blend in a food processor until smooth. Enjoy!