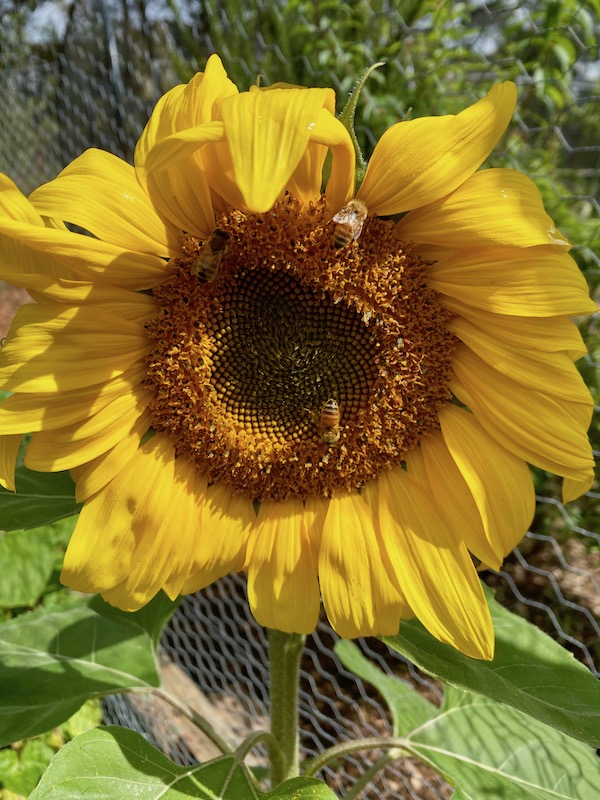 Each year at Blackheath Community Farm we find ourselves experimenting with new plants that we just can’t wait to grow again! This season, we’ve been particularly delighted by Barry’s Crazy Cherry tomatoes (plants donated to the Farm by Hillier Windsor), a Mini White Cucumber (seeds donated by Eva and Bill Johnstone), a Chilli plant donated by Hayley and Ben Ong, and our magnificent sunflowers! 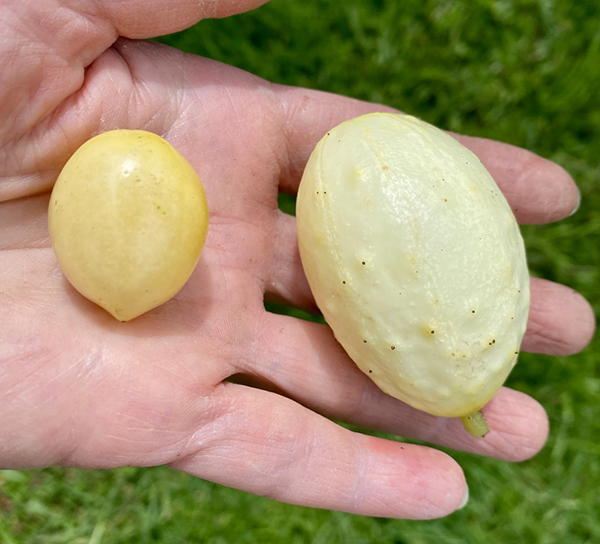 Our tiny yellow tomatoes have been unbelievably prolific, have continued to produce late into the season, ripen well off the bush, and for some reason remain completely untouched by predators (rats and fruit fly!). We’re allowing the largest to ripen as much as possible and we’ll be saving seed from them for next year. As well as combining them with other tomatoes in salads and pasta sauces we made an absolutely scrumptious Roasted Tomato and White Bean Stew with them on their own. They were roasted with olive oil, salt, pepper and thyme before adding them to the bean mix (see recipe below). 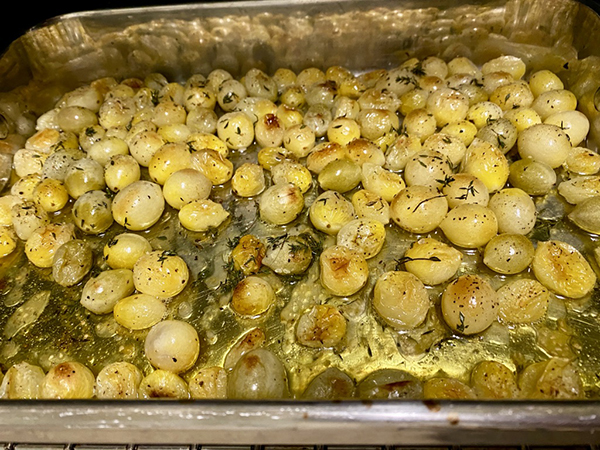 The Mini White Cucumbers were past their use-by date, planted way too late in the season for cucumbers, and have still just taken off … and they’re sweet and delicious. Much as we’re tempted to scoff them all down, we’re leaving them on the vine to grow as big as possible and will be covering them with plastic before the cold snap next week, in the hope that we can save as much seed as possible for next spring. 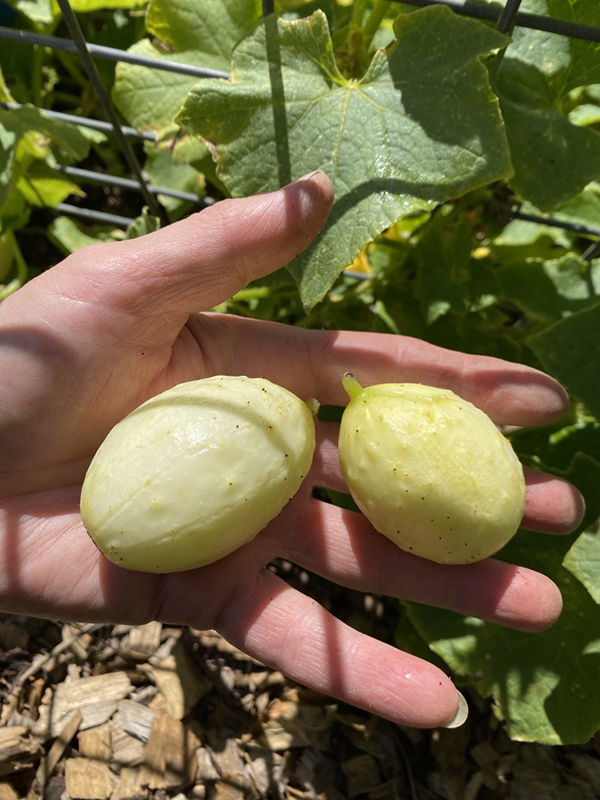 The chillis have grown into an enormous bush and are producing dozens of tiny blisteringly hot chillis. Another plant we’ll be covering with plastic this week so that we can save as much seed as possible. Chillis can survive over winter in Blackheath if you can take them inside or transfer them to a greenhouse before the frost arrives. We’ve been working hard to rat-proof the greenhouse by adding a smaller gauge wire all around the base and trimming overhanging branches, so we may even see if we can transfer it there today and keep it going all winter when we’ll need a bit of heat in our meals! 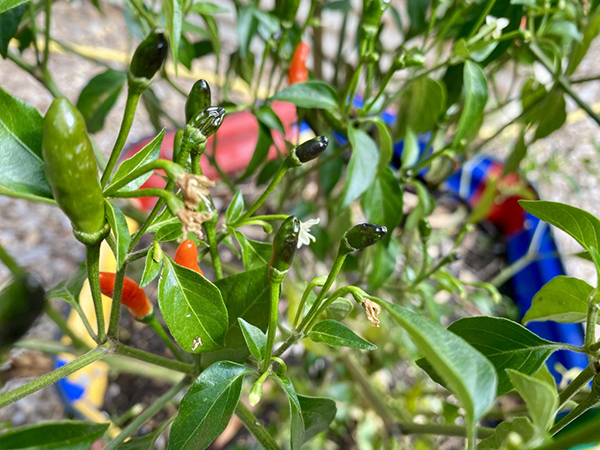 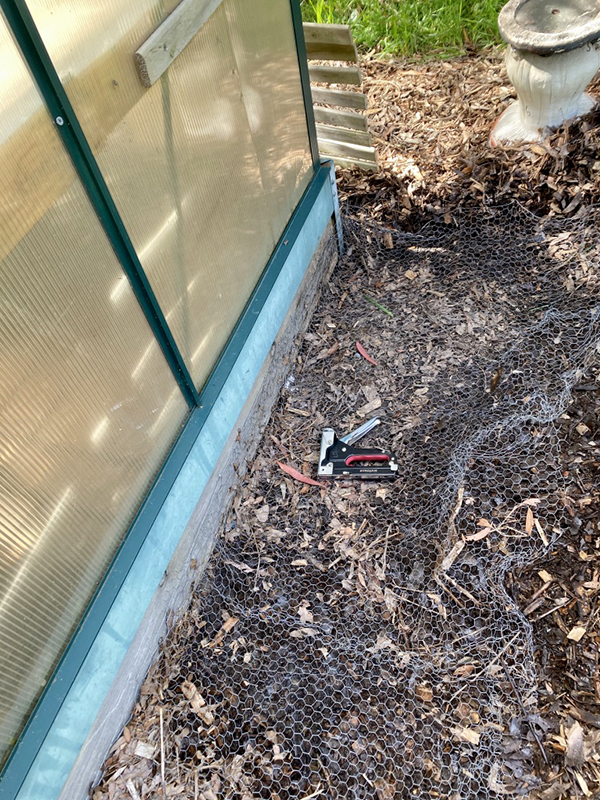 Because of the harshness of the drought, we struggled to get our sunflowers growing early in the season. We refused to give up and kept planting different varieties … and what a success in the end! We’ve had a wall of different varieties that have brightened up the whole garden. They’re still flowering which is so exciting at this time of year and has shown us the importance of staggering planting so that you can get a continuous crop. We’ll be saving the seed of all these sunflowers to share with Blackheathens. 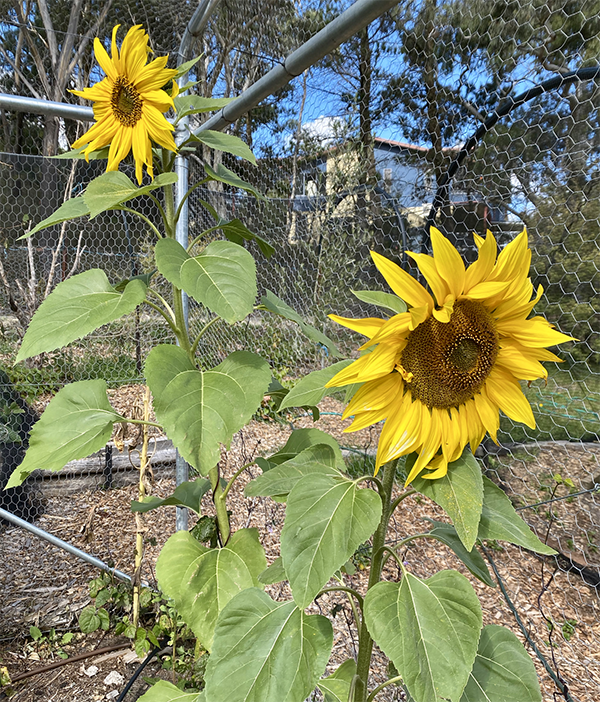 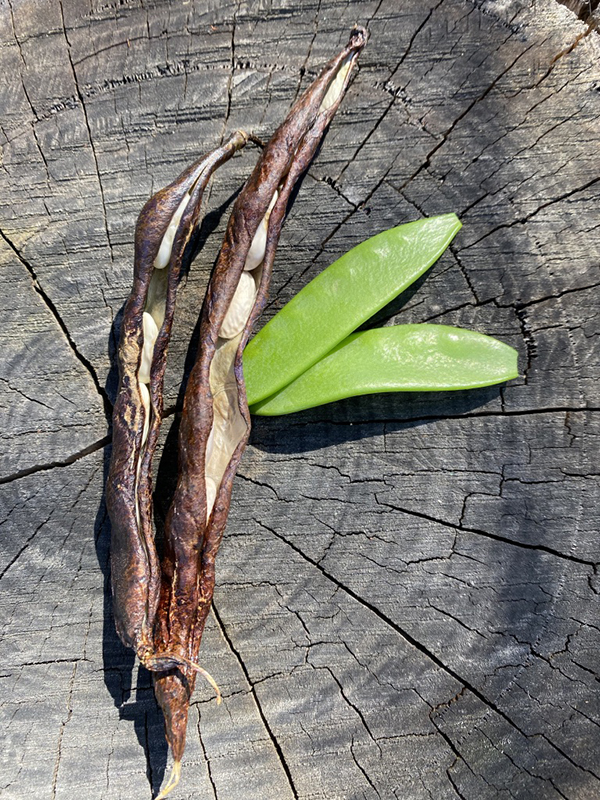 While we’ve been collecting our summer’s crop of bean seeds, we’ve also been planting our next nitrogen-fixing crops directly into the garden: Melting Mammoth Snow Peas and Coles Dwarf Broadbeans. The peas are coming up around the beans and the cucumbers and a small self-seeded pea from last season has already produced its first two snowpeas! 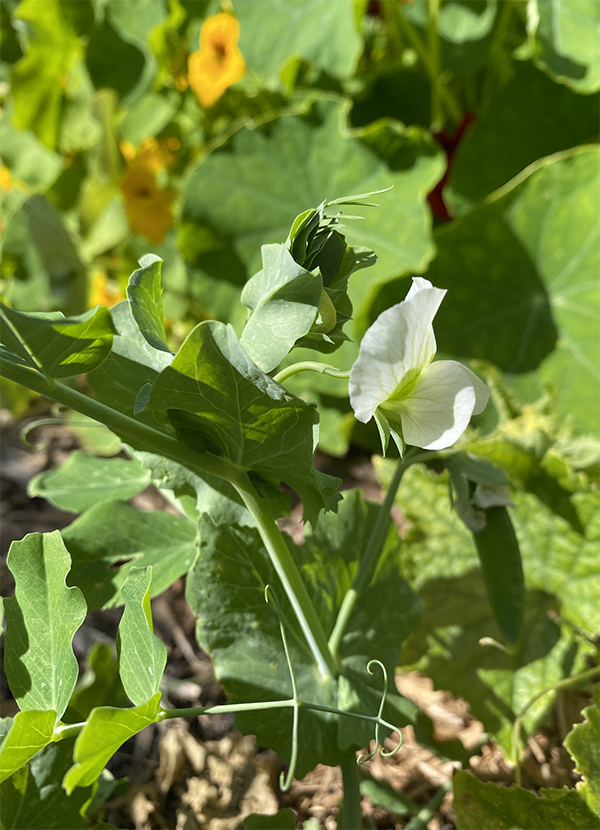 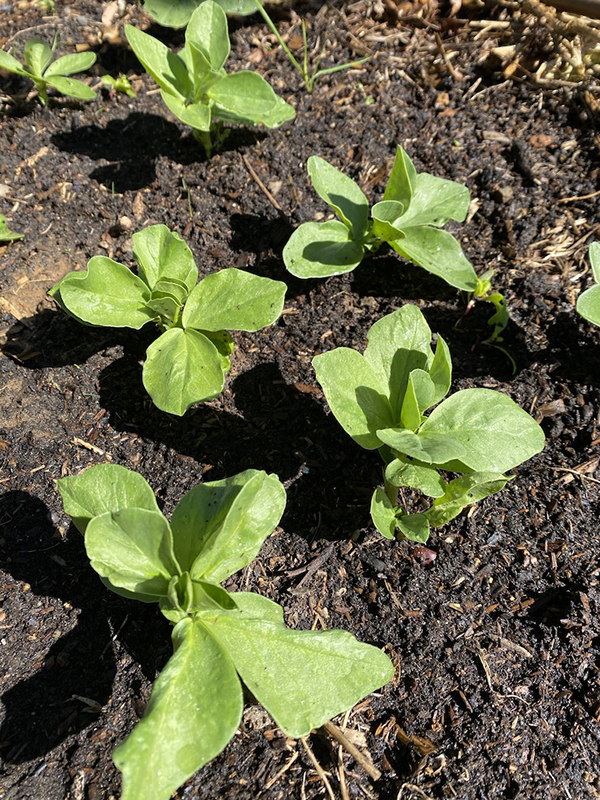 Meanwhile our Red Kale (which self-seeded when we accidentally dropped some under a tree, and was subsequently transplanted) is thriving next to the worm tower; Silver Beet and Red Elk Mustard are taking off; we have a tiny amount of Rocket but have planted more; Harumi’s Jap Pumpkin is still ripening; and we’re excited that our Purple Brussel Sprouts are acting as if they’re perennial! 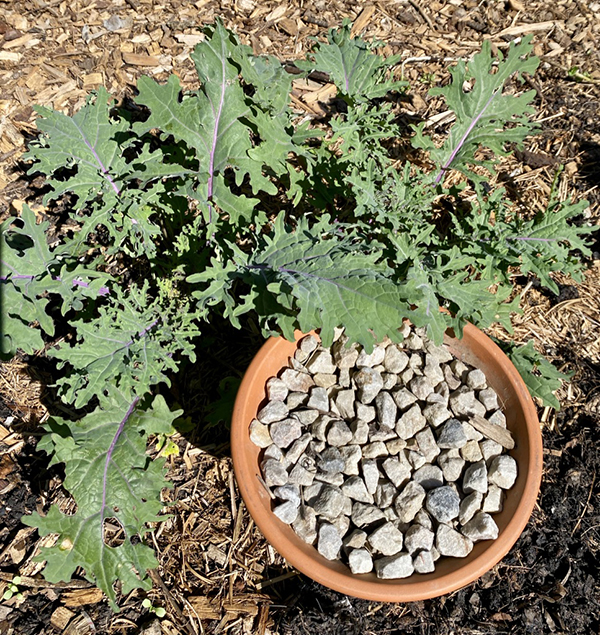 Red Kale next to wormtower 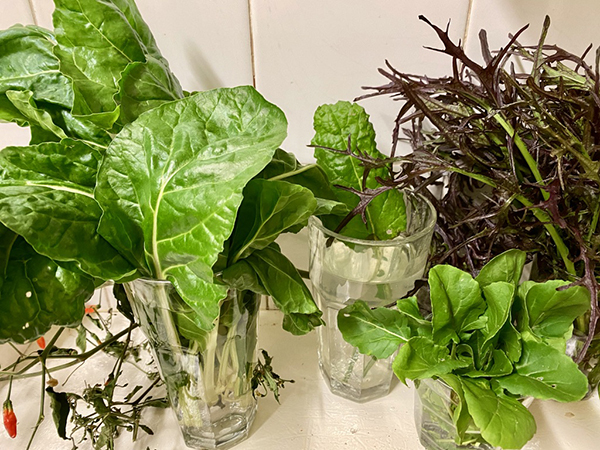 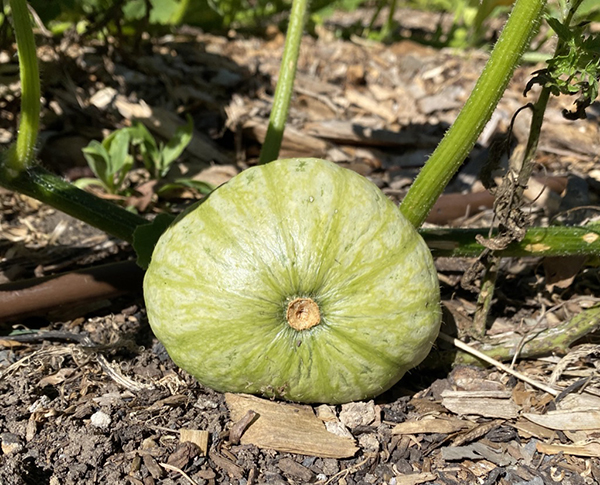 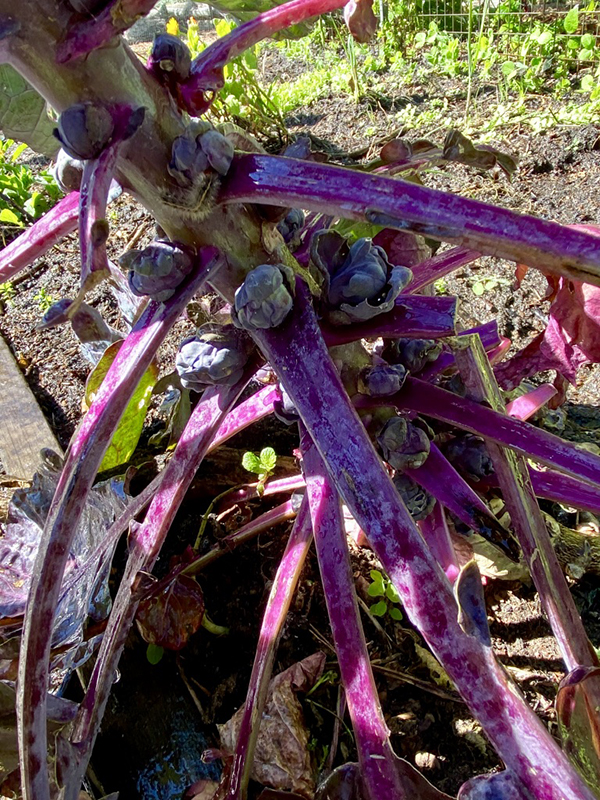 We’re also thrilled that the bees are hard at work pollinating our parsnips. Check them out in this video. These parsnips have been grown annually in Blackheath since we first got the seed from Anne Jolliffe (Australia’s first female animator who worked on the Beatles’ Yellow Submarine in London) over 20 years ago! Parsnip seed only remains viable for 12 months so it’s critical to keep growing fresh seed. We can’t wait to share this seed with the community once it’s ready. 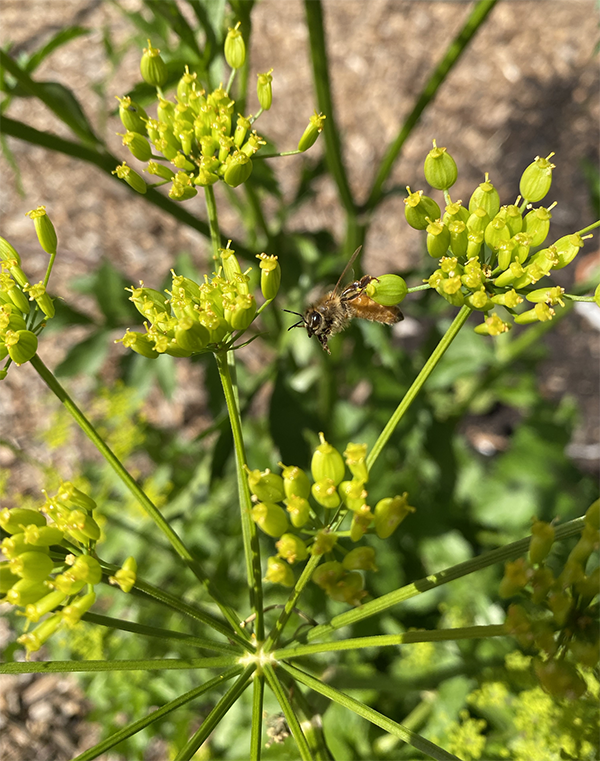 If you’d like to know more about how to save seed, the Farm has two Australian Seed Saving books available for sale here which we can drop off to Blackheath District residents (Medlow to Mt Vic) free of charge (Contactless Deliver:pay online and we’ll drop it at your door). We’ll soon also have a small number of plants and seed packs for sale. In the meantime, Anna Ingham has started a new FB group to help locals access and share seeds and plants: Blackheath NSW Seedsavers and Plant Swap

Currently the Farm is closed to the public however we’re sharing as much info as possible to help encourage local food production.